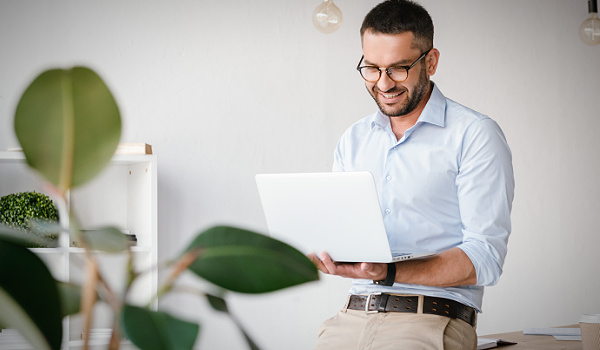 For growing financial firms, the first $1 billion in AUM is the most difficult to achieve because of the amount of change that takes place as a practice becomes a business, and a business begins to transform into an enterprise.

The process can be streamlined by laying the groundwork for growth as early in a financial advisory firm’s existence as possible, said Ryon Beyer, Co-Founder of Hemington Wealth Management, a Falls Church, Va.-based RIA that recently crossed the $1 billion AUM mark.

“The hardest part of getting from zero to $1 billion is doing all the work that is below the surface building the infrastructure of your company,” said Beyer on “The First 8 Years from Startup to Enterprise,” a recent entry in Orion Advisor Service’s Work Smarter Webinar Series. “If you don’t get that right, you’ll never be able to spring up.”

Beyer said three early decisions can help guide the growth and evolution of a company.

What will you be known for?

Figuring that out is the easy part, said Beyer, as afterward the firm’s employees need to build their credibility.

Hemington decided it wanted to be the go-to firm for bread-winning women, said Beyer, so it started to dedicate itself to doing research, conducting surveys, and writing papers on the topic. Then, Beyer and his partners worked to get onto the speaking circuit to further boost their credibility.

Like Hemington’s decision to serve bread-winning women, advisors need to decide both who they want to serve and what they want to do for those clients.

“What you’re really doing is saying ‘I’m going to put guardrails around what we do,’ and what that will do is inform all of your future decision making,” said Beyer. “When you narrow those guardrails, everything that falls outside those guardrails becomes a shiny object, and you should ignore those.”

After an advisor’s service offering is defined, decisions about core technology should flow from that definition.

Accelerated growth results from advisors spending more time in front of clients and people who give references, said Beyer.

“Those three components, especially if you partner with a company like Orion, take a lot of the back office out of the routine, so your human capital is forward looking instead of backward looking, and that accelerates growth,” he said. “The longer you wait to implement technology, the more disruptive it becomes. The more people you have, the harder it is to change.”

If ancillary technology doesn’t integrate with the three core technologies of a firm, they should be rejected.

Hemington prioritizes Orion, said Beyer, and if a technology does not integrate with Orion, “90% of the time” it is excluded.

“Integration controls the data and how you work, it makes everything more seamless,” he said. “It makes it a lot easier to produce reports, provide advice and answer questions for clients.”

Hemington reached its first inflection point in growth when it reached five people, said Beer, in part because at inception it had signed a six-year lease on offices holding five people.

“At the end of the first year we were already doubled up in our offices,” he said. “It happened so quickly, but that was the point where we realized that we don’t have a practice, we have a business that has the potential to be multi-generational.”

At that point, advisors need to select and begin to implement a management philosophy, said Beyer, and stick with it. While a five-person business may not be able to implement every portion of a management system like Traction or Rockefeller Habits, it ultimately results in stakeholders across a firm “speaking the same language” and “moving in the same direction.”

What growing businesses need from these systems can be distilled to three ideas, said Beyer: Vision, Process and Measurement.

“Vision tells people where they are going and it needs to be out on the horizon, so they understand that every decision is needed to be made to get to that destination,” he said.  “Processes are just defining what the repeatable steps are and documenting them.”

At around five people, advisors should also start leaning on their relationships.

“You’re not in this trip by yourself,” said Beyer. “When you partner with a firm like Orion, or you work with a custodian or investment management firms and product providers you use, they all want you to be successful because if you’re successful, they’re successful too. If you maintain that mentality, you become one big team and you can start leaning heavily on these relationships.”

“In effect, the founders or leaders of your company are having to start to let go,” said Beyer. “At that point they are wearing a lot of different hats, and at 10 people they have to start taking those hats off.”

Responsibility, even crucial decision-making responsibility, needs to be delegated and distributed, he said, to empower autonomy. Founders and leaders who were once closely involved in operations back away from those roles.

When this happens, more voices are introduced into the firm, and it’s time to reassess the business’s identity.

“We realized that 10 people meant we had a bunch of different personalities,” said Beyer. “The values we had established when we started the firm didn’t necessarily match the group of talented people we had assembled on our team.”