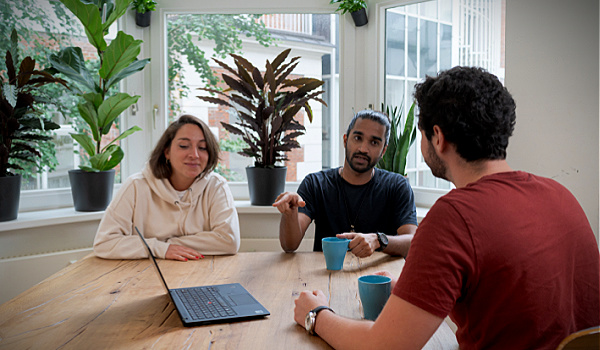 Behavioral finance is sometimes mistakenly seen as a vehicle for ridding investors of their pesky emotions and irrational quirks, so they become something like the Homo Economicus economists long imagined them to be. If we could just rid ourselves of irrationality, the thought goes, we would make perfect financial decisions. The only problem is, sometimes behavior that is irrational in the strictest sense of the word can greatly aid our quest to reach our financial goals. Being a behavioral investor is less about adhering to some textbook notion of rationality and more about understanding and bending the idiosyncrasies of human nature to our advantage.

Consider the work of Nobel Prize winner Richard Thaler who first discovered and named what we now refer to as “mental accounting,” a psychological reality serving as the intellectual foundation of the Protect, Live, Dream approach. Mental accounting is simply the tendency to separate money into different buckets and spend or save it differently depending on how it is labeled. Studies have shown people are apt to save money labeled as a rebate but to spend money labeled as a bonus. Barack Obama and his advisors—Richard Thaler among them—used framing to position the stimulus given out after the Great Recession as a bonus to incent recipients to buy big screen TVs rather than hoard it.

This simple notion is the basis for goals-based investing or personal benchmarking, the process of intentionally dividing money into safety (Protect), income (Live), and growth (Dream) buckets and investing it accordingly. It seems incredible something as simple as labeling money can induce us to save and invest differently, but as George Loewenstein says, “While it seems like an inconsequential process, earmarking can have a dramatic effect on retirement savings. Cheema and Soman (2009) found that earmarking savings in an envelope labeled with a picture of a couple’s children nearly doubled the savings rate of a very low income parent.”

Is it rational that we save twice as much money when someone plays on our feelings of love for our children? Absolutely not. Can we understand this about ourselves and use it to our advantage? Absolutely.

Richard Thaler was cleverly able to demonstrate behavioral traits that are largely deemed harmful can be used for good. Take for example the status quo bias, which is the tendency toward inaction. In understanding that people tended to make a decision once and not question it again, Thaler became determined to use this tendency for the benefit of the woefully unprepared American pre-retiree. He developed a program titled Save More Tomorrow that allowed savers to make a decision once to automate their savings behavior and auto-escalate the amount withdrawn when their pay increased.

Thaler understood asking people to make the right decision month-after-month was much more difficult than simply setting it and forgetting it. Once again, it is patently irrational that we should be so susceptible to the status quo bias that we can lock in a behavior once and effectively forget about it for life. Is it rational that by some estimates this simple idea has contributed more

than 29 billion dollars to the accounts of American savers? Maybe not, but we will certainly take it.

Just as Thaler and his colleagues discovered, some of our psychological peccadillos can be understood and repurposed for our own benefit. In the case of Protect, Live, Dream, we can take our natural tendency to bucket our expenses—and by applying it intentionally—to make the process of saving, spending, and investing, more meaningful for investors.

To learn more about the roles technology and investor psychology play in strengthening client relationships and engagement with long-term goals, visit The Center for Outcomes.