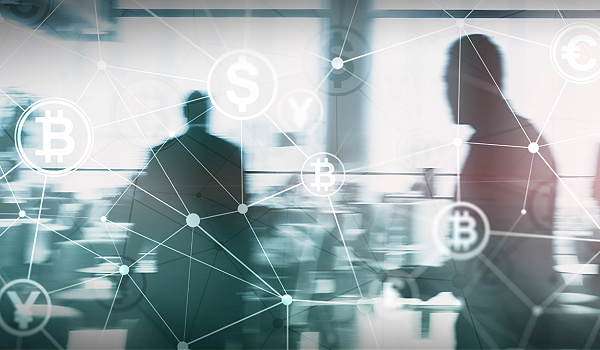 In reality, today’s entrepreneurs and founders have more options available for capital raises than ever before—crowd-funding options using regulations CF and A, and non-blockchain tech on the internet have already radically altered the fundraising landscape.

But tokenization allows founders like Michael Kisselgof of Popcorn to take things even farther.

“It is difficult to raise money in DeFi (decentralized finance) and crypto because everyone who is working in DeFi is trying to make a product and trying to generate the highest yield possible or introduce an algorithm that can do just that, and Popcorn is trying to create impact with some of the returns,” said Kisselgof. “We spent the whole year trying to convince venture capital that we were a new asset class altogether and not just another DeFi yield aggregator.”

Popcorn, a DeFi platform that allows investors to participate in crypto lending to generate yields of up to 20%, gives a portion of its fees to not-for-profit social impact organizations, just closed a hybrid fundraising round, with $5.4 million in capital coming from VC firms like Jump Capital, New Form Capital, Kenetc Capital and Cakebox Capital, and $5.8 million coming from a token launch auction hosted by Alchemist’s Copper. $3.07 million of the Copper raise was generated on the Polygon network, with the remaining $2.75 million raised on Ethereum.

Popcorn isn’t alone in turning to tokenization as a funding mechanism. In recent weeks, we introduced you to Vail VR, a virtual reality first-person shooter game and social platform developed by AEXLAB, a VR studio. AEXLAB is raising funds via NFTs that can be used as in-game items as well as membership markers for social interaction and a vehicle for Easter eggs and other game-related goodies.

“If we do this right, it will be a case study for what all other VR developers can do,” said Jonathan Ovadia, CEO of AEXLAB. “We hope it can become something much larger than us as an individual studio, maybe a standard for all virtual reality studios—then instead of a bunch of games competing against one another, we can bring them together in harmony.”

Ovadia and his partners originally self-funded the project, but found after a while that they had underestimated the time and budget needed to build Vail VR. In AEXLAB’s case, fundraising through traditional channels became difficult because of the youth of the founders—Ovadia himself is only 26 years old—and skepticism about the prospects of VR technology. Later, they tried crowd-funding the project via the internet, but were frustrated by the annual caps on funds raised through that method.

That’s when AEXLAB learned about funding via the sale of non-fungible tokens and developed VAILiens for the metaverse, a set of NFTs that can serve as social pets that players can interact with in virtual reality and, if protocols match, carry between games and settings. Because they are NFTs, they can be sold and traded openly, but each one is demonstrably unique or scarce.

“I liked the idea of being able to use NFT as a token of ownership, so at any given moments, we can see all users who own NFTs and treat them like a battle pass,” said Ovadia. “That means we could do things like give them in-game items for a month or air-drop them in-game tokens that serve as a member’s token.”

The NFT concept has allowed AEXLAB to function as one of the few remaining independent virtual reality studios.

Kisselgof faced similar challenges with venture capitalists who doubted the ESG aspect of Popcorn will attract participants and that the platform would struggle to compete against other yield aggregators, however, as the latest fundraising round shows, some VC firms were able to understand Popcorn’s mission.

Popcorn wanted the best of both worlds, and auctioning off Pop tokens—which give owners the ability to participate in the PopcornDAO, a decentralized autonomous organization dedicated to choosing which organizations benefit from Popcorn’s giving—the platform was able to allow its participants to have a say in valuing the company.

“In traditional fundraising, your investors put all their marbles into something and declare that ‘this is the market capitalization and this is the reason why,’ with only a select few people deciding,” said Kisselgof. “This was our first time using a Dutch auction format and we had no idea how it would turn out, it brought with it a level of excitement but also anxiety as we watched the price drop along the curve. But hundreds of people got in and waited until the right time to buy the Pop token, which makes it fair in the long run.”

Kisselgof had predicted before the auction that the price of his Pop token would end up around $1.15—but it ended up settling closer to $4.50, three times his estimated value.

In addition to raising capital, the auction also created a base of Popcorn participants in the public holding Pop tokens. Via a traditional funding raise, those tokens would have gone to a much smaller cohort of participants.

“I think the venture capital model is a double-edged sword, there is so much VC funding to go around right now but there is also a lot of competition,” said Kisselgof. “If you land a reputable VC funder, you’ve established some credibility for your project and that has long-term effects, but I don’t think you need VC at all, especially if you’re created an internet-based company where there really is a community driving it.”

A token auction allows any investor to participate from any location in the world and immediately creates liquidity for the company, said Kisselgof.

But the fundraising strategy is not for the faint of heart.

“You’re watching a market you’ve been talking to for a whole year and hoping that they believe in and actually understand what you’re doing, and it’s all rolling out on a graph,” he said. “It’s super nerve-wracking. While I was watching the token launch, it was difficult to do anything else but watch it.”