Any well-built technology is only as good as the information that an advisory firm feeds it.

For an AI-driven marketing automation platform, that fuel is fed via integrations with an advisor’s other technology, said AJ Boury, Clout by TIFIN’s Chief Marketing Officer.

“When you evaluate marketing automation tools, the ability to be integrated with the existing technology stack is an important point of consideration,” Boury said. “There are benefits particularly associated with certain integrations, like those into CRM, video conferencing tools, and email systems. The ability for marketing automation to immediately plug into your existing marketing ecosystem is a critical criterion when looking at technology.”

In technology speak, integrations are the software between pieces of software. While the most basic integrations allow one software’s functions to be called up or used within another piece of software, true integrations enable them to be used in tandem and pass data easily back and forth.

Most advanced integrations are accomplished via application programming interfaces, or APIs, that process requests and move data between programs. APIs serve as digital onramps and offramps for information.

When it comes to marketing technology, some integrations are more important than others, said Boury.

“A CRM (client relationship management) platform is usually one of the first pieces of technology that an advisory firm invests in, and it’s typically one of the first things they log into when they start their day,” he said. “That immediately gives them the ability to look into their client record and pull up relevant information and any recent engagement activity.”

The CRM can then present the advisor with next best action insights and recommendations for how to follow up with clients or prospects based on engagement data from recent campaign activities.

A marketing automation platform like Clout can also build upon the work that an advisor has already conducted within their CRM, like how an advisor has organized their lists of client and prospect contacts.

“Any type of segmentation that they have already put in place can be synced into Clout. This allows Clout to then marry that segmentation to targeted engagement strategies that utilize content linked to the specific needs of that audience,” said Boury. “If the advisor has a list of prospects that they want to treat separately, if there is an action that they want those prospects to take, if there is a type of content they want to share, Clout allows them to do that at a hyper-personalized level.”

Thus advisors can nurture streams of prospects and clients that may be fundamentally different from their existing, established business and build relationships with these people via thought leadership. Clout’s AI can distinguish between segments of people automatically.

The Power of Clout

Clout’s integration with Salesforce is particularly powerful, said Boury, as Clout can push client engagements and details about each interaction across its platform and all the other platforms it is integrated with back into Salesforce so advisors can see the history of communication and marketing engagement across that client or prospect’s history.

The power of integration is multiplied again when Clout is linked up with communications platforms, said Boury.

“With video conferencing specifically we’ve seen a rising demand and utilization on several platforms, especially Zoom, over the last few years,” he said. “We want to facilitate advisors making those connections to video conferencing and webinar platforms so they can plug those experiences into their follow-up and nurture streams.”

So as an advisor promotes and hosts a webinar, registrants are synched directly into Clout as a list tied to the webinar, which an advisor can then access before and after the event to send additional materials or conduct follow-up, or nudge them into secondary actions.

Clout also connects with many popular social media platforms such as LinkedIn, Facebook, and Twitter, existing marketing tools and platforms, and email services like Outlook and Gmail, said Boury.

Because Clout was built as a modular platform, it can easily spin up additional integrations in a short period of time—often within weeks or months instead of quarters, said Boury, so it is happy to meet the requirements of specific clients as they come on board.

“The reason why we’re focused on expanding our integration set on Clout is to be able to deliver value where the advisor spends their time and where they’re communicating with clients,” said Boury. “If there is a favored mechanism they have for that, whether it’s emailing the client, or using social platforms, anywhere they’ve done a lot of work already, Clout can be successful for that individual advisor.

“The more open architecture we make Clout in terms of integrations, the more value advisors can feel by using this platform.” 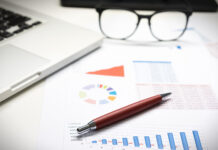 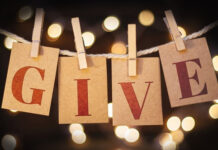 INTELLIGENCE FOR GROWTH: Charitable Giving to Jump Amid Recession Fears? 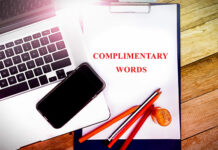 INTELLIGENCE FOR GROWTH: How to Optimize Headlines to Get More Clicks