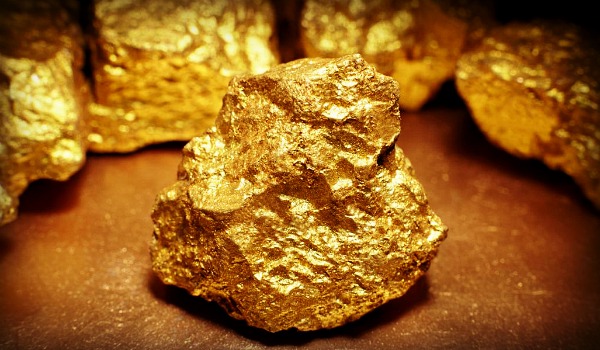 Now I have nothing against gold, mind you, but is it about time to realize that, after thousands of years, the luster is off the sacred metal?

Time and technology (actually fintech) may have finally destined the less shiny metal to vast storage vaults around the world. Never before in history has there been a viable replacement for gold but, alas, there is now. A young whippersnapper born of the digital age that answers to the name of Bitcoin may be putting old gold out to pasture.

Don’t get me totally wrong, there will always be a place for gold while this transition to the digital age takes place. But gold’s importance in the global financial world will certainly be diminishing, especially as a safe haven. Global central banks hold gold reserves for……….what? Those reserves certainly don’t back paper fiat currencies (well maybe Switzerland) anymore. Recently it was announced Russia, for the first time in history, now holds more gold than dollars in its reserves as it “de-dollarizes.” So in Russia gold will still be considered a store of value in its reserves along with Dollars, Euros, the Chinese Juan BUT joining those holdings? Bitcoin. Yes, Russia has been a buyer of Bitcoin.

Of course there will always be a place for gold in jewelry (try giving your significant other a Bitcoin necklace. Good luck with that!), dental work (Bitcoin filling? Not.) and as a sentimental keepsake. But in financial markets? Not so much. After thousands of years gold is certainly no longer used in transactions. Recent attempts to digitize gold holdings for use in transactions have not really caught on, further showing that gold has lost interest with younger generations.

But lastly, and sadly, old Mr. Gold is now losing its popularity as a hedge against inflation, geopolitical events, instability, etc, etc. For millennia, dwhen there has been uncertainty around the globe. people would run to gold as a safe haven. No more. The new “run to” choice is Bitcoin, which has come to the forefront over the past six months.

While Bitcoin has shone with new all time highs, gold has stalled and, indeed, even softened. Companies such as MicroStrategy, Square, PayPal and more have been buying Bitcoin to hold as cash reserves and for use in transactions. There are “thoughts” (meaning rumors) out in the gossip world that even central banks are joining Russia’s thinking about holding sovereign reserves in Bitcoin.

A toast to the less shiny metal.

Bill Taylor is Chief Investment Officer of Entoro Wealth, a long-time hedge fund manager and market specialist, and an advocate of digital currencies