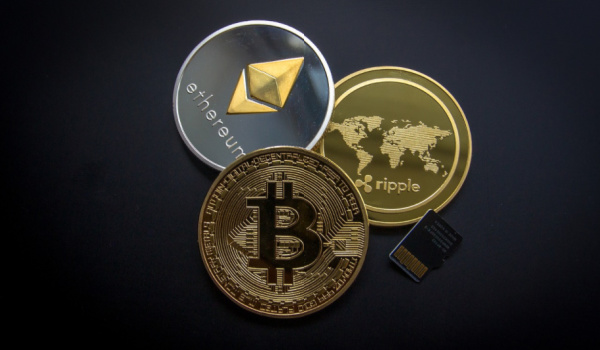 Cryptocurrencies may have just had their busiest week yet, and show no signs of slowing down.

After a week in which bitcoin hit $64,000 and a major digital asset exchange hit a $100 billion valuation after going public through a direct listing, cryptocurrency watchers may be wondering what could possibly be next – if the incessant drum beat of crypto news is any indicator, there’s plenty more to come.

What’s next might, ironically, be Dogecoin, the digital token with a shiba inu “doge” dog as its mascot, which has jumped in value by more than 400% in the last week and is expected to continue to rise today around meme-based trading due to April 20, aka “420,” a popular slang-term among internet users for marijuana use. Doge, an “alt-coin” that was founded as almost an inside joke among participants in online community, now has a market share of more than $51 billion.

While CoinBase surpassed the last week $100 billion mark as it went public and shares were snatched up by the likes of Ark Investments’ Cathie Wood, it almost immediately experienced a pull-back in its price.

“Two things may be true: skepticism is warranted, but Coinbase’s big debut could be an indication of the coming-of-age moment for crypto and blockchain technology. The story of crypto is not done — it may be just beginning,” wrote Ally Invest President Lule Demmissie in a Friday commentary.

Similarly, bitcoin peaked at over $64,000 on Friday, only to retreat over the weekend—but not before helping North America’s first bitcoin ETF from Toronto-based Purpose Investments, which trades in Canadian markets under the ticker BTCC, reach $1 billion in assets.

Even as that was happening, the number of applicants or a U.S.-based bitcoin ETF increased to eight as Galaxy Digital Holdings, the digital asset firm founded by billionaire Michael Novogratz, filed for its own ETF. That move comes on the heels of Grayscale Investments clarifying that it intends to convert its Grayscale Bitcoin Trust (GBTC), the largest cryptocurrency fund on the market today, into an ETF.

Simultaneously, three entrants are jockeying for position in launching an Ether ETF. News came last week that Evolve Funds Group would waive the management fee on its soon-to-be launched Ether ETF, ETHR, until May 31, undercutting upcoming ETFs from Purpose Investments and CI Global Asset Management. With the 0.75% management fee re-established, ETHR would present a middle ground between the CI Galaxy Ethereum ETF (ETHX), with a 0.40% expense ratio, and Purpose Investment’s product, which will cost 1%.

Building on the success of digital artist Beeple, whose “Everydays: the First 5,000 Days” non-fungible token (NFT) sold for a record $60.25 million at Christie’s in March, a series of NFTs fetched $16.8 million at an auction from a partnership of Sotheby’s and NFT marketplace Nifty Gateway last week, including two works by Pak, an anonymous digital artist, that sold for $2.8 million.

Then, last Thursday, AdvisorPeak, the trading and rebalancing platform built by TradeWarrior founder Damon Deru, announced that it was partnering with Prime Trust, an alternative asset custodian, to offer financial advisors the ability to trade and manage cryptocurrency assets along with the rest of their clients’ financial assets on a single platform.

“The demand for digital assets is widespread and growing. Unfortunately for many advisors, their legacy systems are inadequate at handling the nuances of digital currencies – especially fractional shares,” said Deru in released comments. “We’re really excited to continue to deliver on our industry-wide promise of bringing innovative and game-changing solutions and partnerships to the wealth management community. By unlocking custodial access to the crypto universe, our advisors can now hold digital assets in a variety of account types from personal and institutional custodial accounts, to tax advantaged accounts such as IRAs, to various forms of asset protection trusts – all of which can be traded and rebalanced at the household level.”

Deru cited research from Bitwise showing that 80% of advisors fielded questions regarding digital assets from their clients last year as evidence that advisors are seeking to improve their literacy around cryptocurrencies and are ready to explore how they might offer services and advice to crypto-curious clients.

Not to be outdone or forgotten, today Alto IRA, the firm offering flat-fee IRAs that can hold digital assets and other alternative investments, announced that it had closed a $17 million Series A funding round led by Unusual Ventures. Alto is one among a number of firms, including Prime Trust, aiming to bring together the $33 trillion retirement account market with digital assets and other alternatives.

“Opening a self-directed IRA to invest in alternative assets like startups, real estate, or cryptocurrency should be easy,” said Eric Satz, founder and CEO of Alto, in released comments. “I founded Alto after spending weeks of frustration trying to navigate the outdated manual processes used by legacy self-directed IRA custodians, not to mention their endless fee menus. There’s a lot of friction and unnecessary costs in the self-directed retirement industry, and Alto is on a mission to eliminate them. This funding round will rapidly accelerate the implementation of our vision and product roadmap.”

Alto’s Series A round was joined by Moment Ventures, Acrew Capital, and Alpha Edison, Carta, Coinbase Ventures, Franklin Templeton, New York Life Ventures, and Stone Ridge Holdings Group. The firm intends to use the new capital to expand its existing capabilities and add to its product and engineering teams

What a week! Perhaps, in comments about Coinbase, Ally’s Demmissie offered the best reflection on what all of these converging stories mean for digital assets: “Crypto evolution reminds us of the rise of social media about a decade ago. Facebook and Twitter were heavily scrutinized by investors too, but one could argue that they’ve fundamentally disrupted traditional media. Crypto may follow the same path of disruption, even though it’s still tough to see that path clearly at the moment.”