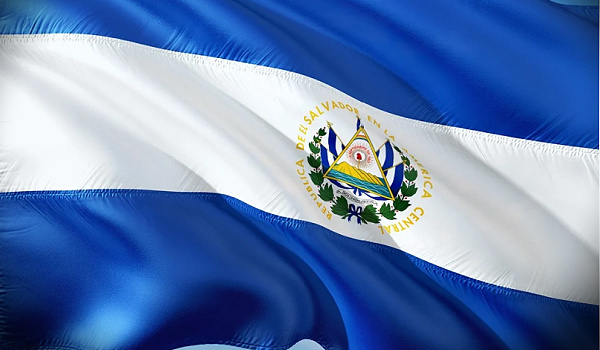 In case you missed it, or just breezed through the news headlines on your way to the sports or fashion sections of your favorite read, Bitcoin is about to become legal tender………in El Salvador. Now quickly, before you scoff “it’s Bitcoin again’ or “yeah, but its some some tiny country somewhere, who cares” you may want to at least express interest and pay attention. BITCOIN is about to become legal tender for a sovereign country. Or, as one guy said on the moon, “One small step for Bitcoin, one giant leap for digital currency.” Something like that anyway.

Again, if you didn’t know, there was a HUGE Bitcoin conference (Bitcoin 2021) in Miami over the past weekend and there were some really BIG announcements. First, the President of El Salvador (Google it, but it’s in Central America) is introducing legislation to make Bitcoin legal tender. Bitcoin will also become part of El Salvador’s official currency reserves. If passed, and it will, President Nayib Bukele will preside over the first country in the world to totally legitimize Bitcoin as money. Almost immediately upon President Bukele’s announcement, legislators in Paraguay (Google it, too, it’s in South America) will soon be introducing similar legislation. Main takeaway? The “Bitcoin as currency” door is open and the race is on.

Of course this announcement was not totally welcomed by all. The gnashing of teeth could be heard coming from many global central bankers, notably our own US Treasury. Let’s be real. The US, China, the UK and others HATE Bitcoin (and probably all crypto) because it is deemed a threat to their control of their country’s monetary/social polices. Additionally, they must feel really dumb for not recognizing the potential and power of crypto (Bitcoin) earlier and now do not know how to regulate it. Curses. OMG, governments are still working on regulating the horseless carriage and emission standards.

So, once again, I can sense the “but its just El Salvador, a small country” negative voices rising out there. But, it’s not only President Bukele’s Bitcoin initiative but what else he is proposing. For instance, he wants to help entrepreneurs embrace El Salvador as a base, with Bitcoin free from capital gains tax. NO CAPITAL GAINS TAX ON BITCOIN (because it’s defined as money there). Also, there is no property tax in El Salvador and the country is offering “immediate permanent residence for crypto entrepreneurs.”

In other words, Bitcoin, as legal tender, is now being used as a way to encourage economic development. Other countries will certainly take note and follow. And to the naysayers, have you noticed the exodus to Florida from highly taxed and regulated states? The Mayor of Miami, Francis Suarez, is trying to make his city the Crypto Capital of the world (tsk, good luck beating out Fargo, ND) by offering economic incentives.

So, the announcement that El Salvador will be the first to recognize Bitcoin as legal tender is only part of the story. Will other countries follow? Probably. Will other countries use Bitcoin (crypto) friendly regulation/tax policies as part of economic development? We will see. But if you are a central banker or government looking to raise taxes or over-regulate Bitcoin (crypto), watch out. Just as digital assets are fungible globally, so are people. No properly taxes and no capital gains taxes? Nice.

Can you just see this? Janet Yellen looking into her magic mirror …. ” Mirror, mirror on the wall, who’s the most powerful of all?” And the mirror answers ……”Alas, Ms. Secretary, Bitcoin reigns.” Aarrrgh!

Decentralized Diaries For The Week of 11/8/22