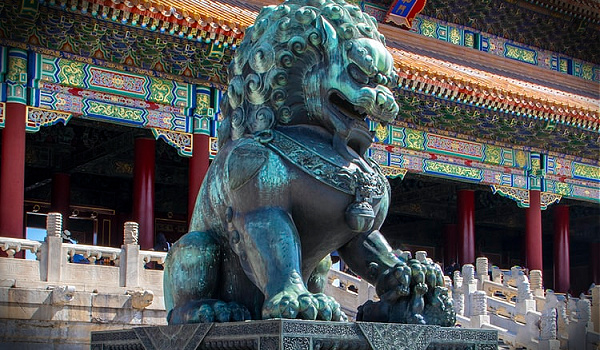 It’s happened. After years of watching, wondering, irritation and concern with the rise and potential ramifications of Bitcoin, panic has set in.

Bitcoin has become a real threat to global central banks’ monetary control. After years of warily watching and trying a variety of threats and initiatives to discredit Bitcoin, the gloves are coming off. Panic at the highest level.

So let’s call it like it is. China and the Peoples Bank of China (PBoC) have had enough. Trying previously to clamp down on Bitcoin (and indeed all crypto) with threats of banning it, tightening regulations on exchanges, blocking Bitcoin social media posts and now shutting down Bitcoin mining operations, they hit the panic button. New slogan?

So what was the tipping point? Perhaps the announcement last week that El Salvador had passed legislation making Bitcoin legal tender and official currency of the country.

Immediately a long list of other countries (Panama, Paraguay, Mexico, Brazil and others) followed suit to introduce similar legislation. China panicked. Again, let’s be blunt; China is launching a digital yuan, a central bank digital currency (CBDC), with the ultimate long term goal of having it replace the US dollar as the global reserve currency. China does not want a potential competitor (Bitcoin) to infringe on that goal nor threaten its monetary control.

Keep in mind China is playing the “long game.” While most countries and investors concentrate on more short term objectives (and near term price movements), China looks to the future. The announcement from El Salvador created a huge potential problem for China. Should other counties, including potentially all of Latin America, begin adopting Bitcoin…………….well, China cannot have that happen (world domination ain’t easy, ya know).

So what to do? Crash Bitcoin and huff and puff (a/k/a bully) smaller adversaries. China should consider that panic usually results in impulsive, regrettable decisions with much ancillary collateral “damage.” That’s happened recently with both a huge drop in the price of Bitcoin causing huge investor losses. Other global central banks have not hit the panic button…..yet. But hey, they are just learning to spell B I T C O I N and now realize its something to look at.

“Trash talking” (Bitcoin causes climate change, Bitcoin is responsible for all criminal activity, Bitcoin has zero value, etc.) will only lead to more CB panicking when those measures don’t work. China recognizes a real threat while the rest of the world is just coming to grips there may be a perceived threat from Bitcoin.

So will China crush Bitcoin? No. Their efforts will probably just disperse the infrastructure (mining for one) within China to other places around the globe and out of their control.

Will other central banks panic when they (finally) realize Bitcoin can replace fiat currencies? Yeah. most likely, but since the US and Europe have been behind this long, why would anyone expect different?

Will Jim Cramer (US media commentator) ever buy Bitcoin again after panicking out on China fears? Most likely. Throughout history, panics have created opportunity. This time will be no different.