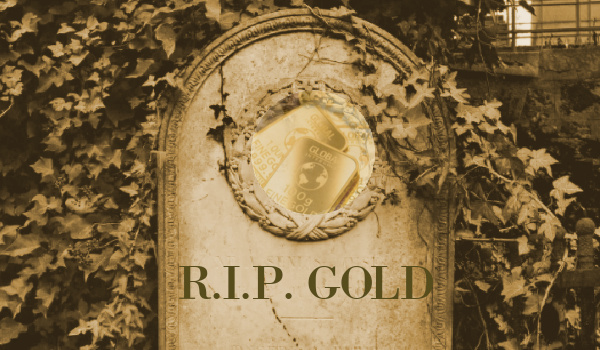 Dear GOLD. It’s over. After thousands of years of a beautiful relationship, it’s time we (the world’s populace) move on. Nothing personal, it’s just that your shiny golden luster has lost its glow. Sad but true. Time to move on, thank you for all you have done over those thousands of years but………..it’s over. Uh, by the way, have you noticed that hot little Bitcoin number? Now there’s some luster and sizzle.

As we begin shoveling dirt on the still warm grave of gold, let’s take a fast look back at the history of the now less shiny metal. Over 5,000 years ago gold was first discovered as shining, yellow nuggets and no doubt it was the first metal known to early hominids (keep in mind there are no eye witnesses). Even before it was money, gold has always had value to humans. There were extraordinary efforts made to obtain it. Prospecting for gold was a worldwide effort going back thousands of years, even before the first money in the form of gold coins appeared about 700 B.C.

Gold, measured out, became money. Gold’s beauty, scarcity, unique density and the ease by which it could be melted, formed, and measured made it a natural trading medium. Gold gave rise to the concept of money itself: portable, private, and permanent. Gold in standardized coins came to replace barter arrangements, and made trade much easier. Gold was money in ancient Greece. The Roman Empire furthered the quest for gold. The concept of money, (i.e., gold in standard weight and finite coins) allowed the world’s economies to expand and prosper. Money had been invented. Its name was gold.

Fast forward the the late 1300’s when England shifted to a monetary system based on gold and silver. Moving on to early 1800 and Great Britain officially ties the pound to a specific quantity of gold at which British currency is convertible. A gold-backed currency. However, the development of paper bills did not actually replace gold’s role as money, but rather it eventually led to the gold standard in the 1800s.

Now, super fast forward to the 1900’s when, basically, chaos ensued. The Gold Standard Act put the United States officially on the gold standard, committing the United States to maintain a fixed exchange rate in relation to other countries on the gold standard. With wars, market crashes, depressions, etc., the Gold Standard Act was at times suspended, gold was made illegal, England and the US seized gold holdings and finally in 1971, President Nixon ended the dollar’s link to gold. Paper money was in….gold backed money was out.

Since then. gold has basically become a trading vehicle. Times of uncertainty, inflation, a weakening dollar (fiats in general) brings in gold buyers to hedge risk, then quickly sell (risk off) when a crisis passes. There has been no other alternative. But there is now. Bitcoin, and it is frequently referred to as “digital gold.” A store of value. A currency. Actually Bitcoin is all of those. Slowly Bitcoin has been, and is, replacing gold. The “knee jerk reaction” of buying gold for uncertain times is over. Thousands of years of “hardwired” thinking is undone.

RIP Gold. Good bye and thanks for the trip. 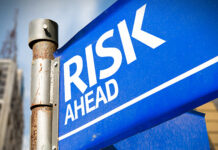