Not to sound like a broken record, but we often do. But I believe this week’s internatoinal VC deals in the fintech sector may have hit an all-time high, inasmuch as the smallest deal was $200M USD, and we by-passed numerous deals in excess of $100M for this week’s list.

Without further ado, here are this week’s top 5 fintech VC deals for the week below…

We’ll be back next week with more news on fintech VC funding. 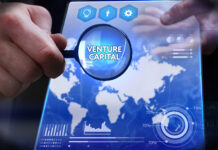