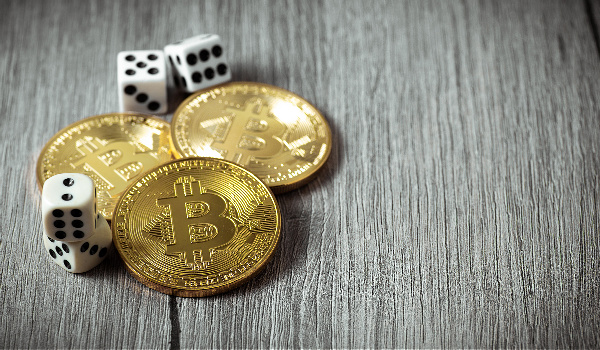 Las Vegas. Monte Carlo. Macau. Gaming (OK, gambling) capitals of the world, offering glitz, luxury and glamour to super high rollers willing to risk large amounts of money betting in casinos. They are better known as “whales” and are coveted by the “gaming establishments.” But “whales” are really small change and not the big risk takers they believe they are. They have been replaced. By who? Presidents and leaders of entire countries, that’s who.

None other than Fidelity Investments has opined that governments, and even a central bank, could buy bitcoin in 2022. Since Fidelity has over $4 Trillion under management you have to (and should) pay attention. The investment firm believes a high stakes game theory is playing out that would leave early adopters of bitcoin better off than their peers. So while “whales” are living it up playing poker, baccarat, blackjack, etc. in fancy casinos, the real “whales” are betting their countries future on cryptocurrencies. Now THAT’S some risk taking.

So who might these new “super whales” be? Well you won’t necessarily find them in a high roller’s suite at the Wynn in Vegas but rather in plain old government housing in smaller nations around the globe. Well, maybe government palaces might be more appropriate. The first leader of the pod (whale speak) is Nayib Bukelethe, the President of El Salvador. El Salvador became the first country to legalize bitcoin with the country giving free bitcoin to its citizens and making it mandatory that all businesses accept bitcoin as a form of payment in addition to traditional fiat. In effect, Nayib Bukelethe is betting the future of El Salvador on bitcoin. Now that’s a “whale.”

To be sure, El Salvador’s adoption of bitcoin doesn’t look like a home run (for now) based solely on the price of bitcoin, which has fallen about 30% from its mid-November high. One report suggests El Salvador is down about $10M on its bitcoin purchases due to the recent decline (good thing Nayib didn’t legalize Peloton). But, many other countries are actively watching, and considering, El Salvador’s model. When (or if) bitcoin resumes its upward momentum the FOMO (fear of missing out) will stimulate other counties to follow. As Fidelity explained;

“If bitcoin adoption increases, the countries that secure some bitcoin today will be better off competitively than their peers. Therefore, even if other countries do not believe in the investment thesis or adoption of bitcoin, they will be forced to acquire some as a form of insurance.”

“We therefore wouldn’t be surprised to see other sovereign nation states acquire bitcoin in 2022 and perhaps even see a central bank make an acquisition.”

So El Salvador President Bukelethe makes the point that there are over 50 million millionaires (actually 56.1 million) in the world and if (if) each of them bought only one bitcoin there would not be enough. Remember, only 21 million bitcoins can EVER be mined (unlike gold, stock secondaries, fiat money printing). Now, like Fidelity points out, even central banks and municipal treasuries may become “bitcoin whales” and wager their careers on bitcoin. Oh sure, many of those global millionaires may prefer to hold up in a high roller suite in Monte Carlo or Macau or Vegas and receive “perks” you could only imagine, but they would only be “mini whales.” Can their egos take that? Or perhaps they really do line up with governments and buy a bitcoin or two? Who’s your real “whale?’

Ah, another note. Talk about risk taking. You lose a few million dollars at the baccarat table……so what.

You lead a small country and lose millions, what happens? Invest in trusted body guards.