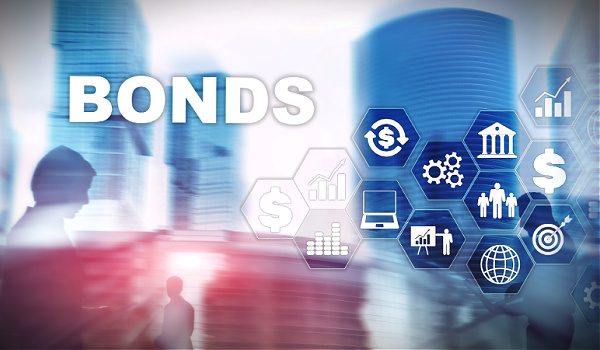 In many ways, it’s a miserable time for fixed income investors—but it’s not time to give up.

Historically, low interest rates kept the annual returns of most low-risk bonds under 2% for over a decade, but inflation and a heating economy are sending rates back up—which means the value of bonds already issued is dropping.

At the same time, inflation is eating away at the value of the income provided by bonds, said Thomas K.R. Wilson, head of wealth advisory at Brinker Capital, during “In Market Perspectives: The Importance of Fixed Income,” a recent webinar from Orion Advisor Services.

“There was a very unusual period where both stock returns and fixed income returns were negative, causing investors to question the importance of fixed income in their portfolios,” said Wilson. “There have only been 19 times where you’ve had this occurrence, and it can potentially be associated with or lead into a recession.”

Environment aside, the two primary reasons to own fixed income remain the same, said Wilson: capital preservation and stability.

Core fixed income still serves as a hedge against equity market drawdowns, said Amy Magnotta, head of discretionary portfolios at Brinker Capital. She illustrated that not only do bonds and stocks typically diverge during drawdowns, but when they move in correlation, bonds usually experience less of a drawdown than stocks.

“In those environments where we have protracted negative returns in equities, fixed income offers positive returns and the ability to hedge market declines,” she said.

Part of investors’ frustration with fixed income is due to short-termism, said Wilson.

“You can’t judge the equity market or a stock by one quarter, you need to own them for longer periods of time,” said Wilson. “I suppose that’s true about fixed income as well. Judging fixed income on one quarter alone won’t lead you to the best investment decisions.”

Magnotta noted that there are very few consecutive quarters where both fixed income and equity markets are negative.

The dispersion of returns in fixed income is also quite narrow over a period of several decades, with indexes like the Bloomberg Barclays Aggregate Fixed Income Index concentrating on quarterly returns between -3% and 6%, where as equity returns have a much wider dispersion.

“Predictability of returns is desirable when you are building a portfolio, especially for clients who are taking distributions from their accounts,” said Wilson.

Overall, Magnotta and Wilson were positive about the future of the economy and fixed income markets, with a few caveats. While interests are rising, they expect some short-term volatility offering opportunities to enter and exit positions. This volatility will be caused by continuing geopolitical threats that may lead to some uncertainty as to the future of interest rate policy.

Inflation will be persistent – despite what you may have heard.

“We’re not sure if it has peaked, but regardless it will stay elevated for some time,” Magnotta said.

But in reported terms like the Consumer Price Index, inflation may appear muted, said Wilson, as post-reopening months in 2021 roll onto the year-over-year inflation calculation.

The recent Treasury yield curve inversion may or may not portend a recession, but investors have time to adjust.

“It can be a cause of concern because people look at that as a recession signal,” Magnotta said. “It’s usually 18 months after that that we see a recession or a significant drawdown in equity markets, so we still have time on that.”

The Fed bears watching, she said, as they appear willing to allow inflation to “run a little hot” after it stayed so long for so low, which would mean a more moderate interest rate policy to protect strong economic growth.

But at a moment where bonds are down—significantly—and when indexes like the Bloomberg Barclays Agg will have difficulty returning to and sustaining positive real returns—what can investors do?

“Diversification is a very important part of our asset allocation approach,” said Magnotta. “We are going to own fixed income, but we can position it in a way as to navigate a potential rising rate environment and seek out opportunities in fixed income and low-volatility asset classes. So we take an approach that favors diversification.”

Duration is the average weighted average time until a bond is repaid, but it’s most often used as a measure of interest-rate sensitivity. The lower the duration, the less sensitive a bond fund or strategy is to changes in interest rates.

Currently, the Bloomberg-Barclays Agg is at a 6.7-year duration, said Magnotta.

“If rates rise 100 basis points, it would decline a little less than 7%, so we want less interest-rate risk,” she said. “We’re one to 1.5 years shorter in duration.”

Investors want less interest rate risk than broader fixed income markets, that’s why Magnotta is shortening durations, but in doing so she may lower the potential return of her investments.

“We’re looking at taking on some credit risk given our view of the economy that’s pretty positive,” she said. “It makes sense to take a bit of risk on by allocating to U.S. high-yield bonds and emerging market debt, adding in a bit of preferred (stock) and mortgage credit.”

Interest rate hikes may be a headache for fixed income investors, but they’re being hiked “for the right reason,” said Magnotta noting that growth expectations are high.

“If equities do well, we expect high-yield credit will do well in addition to investment-grade credit, so you can increase credit risk and pick up additional yield,” she said.

“In that space today, we use two strategies that I would consider relative-value fixed-income,” said Magnotta. “Their opportunity set is fixed income markets, but they are trying to deliver a return that has the volatility profile of the Bloomberg-Barclay’s Agg without the interest-rate sensitivity.”

These strategies might own floating-rate products with no duration, like mortgage derivatives, or use Treasury futures to hedge out coming interest rate increases.

These products generally offer the return of an aggregate bond index but do not decline as much in value when interest rates are increased.