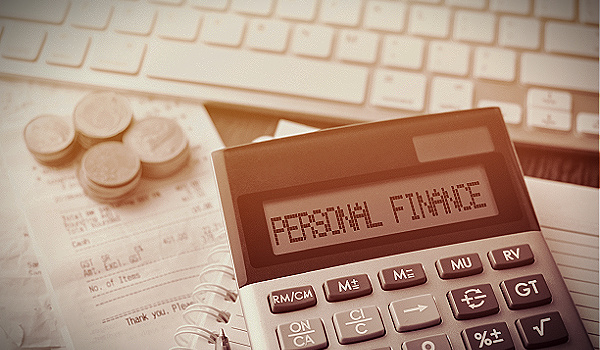 The world is awash with personal finance advice online and in books, but much of it is not helpful to individuals and families, and some of it is harmful.

That’s because a lot of the conventional wisdom on personal finance is linked to myths popularized by investment companies and the financial press, said Nick Maggiulli, chief operating officer and data scientist at Ritholtz Wealth Management, and each of these information sources have an incentive to favor hyperbolic statements about markets, saving and investing strategies and retirement.

“I think guilting people (into saving and investing) isn’t a long-term solution,” said Maggiulli on a recent Standard Deviations podcast hosted by Daniel Crosby, chief behavioral officer at Orion Advisor Solutions. “It just wears on them. Imagine every day having to go like ‘Oh gosh, I need to cut another loss here, I can’t do this,’ just imagine how much you are going to enjoy your one life you have if you’re always in that mindset.”

Maggiulli pointed out that most personal finance advice, the conventional wisdom people are asked to follow, was developed during the latter half of the 20th century, in an era with stable jobs, single-income households with nuclear families, and steady income. Today, families are more complex, job switching is common, households may have multiple incomes and side-gigs have proliferated.

Personal finance is a very different ballgame, and the advice has failed to keep up, said Maggiulli.

It’s Not All or Nothing

Especially online, people have taken an “all or nothing” mentality around personal finance, criticizing every financial decision the make.

“If you’re someone who has a little bit of debt, but you’re getting out of debt, and you’re slowly building your savings, you don’t need to beat yourself up over every little thing,” said Maggiulli. “I know people who are actually doing okay financially, but they think they are doing terrible, and that’s a problem.”

In reality, Maggiulli argued that most people are going to be okay, financially speaking.

Why Not Everyone Should Max Out Their 401(k)s

Maggiulli said that every investor with access to a 401(k) should contribute enough to maximize any company match that is available to them but should carefully consider whether they want to save more in the tax-advantaged retirement accounts.

“There are certain cases where yes, it makes sense, like if you live in a high-tax state now but you’ll move to a low-tax state in the future, but a lot of people are doing it because that’s what they were told by literally every personal finance expert,” he said. In the end, the advantages from maxing out a retirement account come from the tax savings—either tax-deferred or tax-free growth. “How much do I gain by not getting taxed at the end versus just buying and holding in a brokerage account? It comes out to around 0.7% a year… that assumes the same investment account fees and everything which is not always true.”

A lot of 401(k)s have higher fees than brokerage accounts, eliminating the advantage of saving more within the retirement plan. Also, individuals and couples will already be able to withdraw a certain amount from their investment accounts without incurring taxes each year or with a minimal capital gains tax applied, versus what may be a more onerous income tax levy on retirement account withdrawals.

Rather than look for investment or tax alpha, most people should center their focus on increasing their income and building new streams of income, said Maggiulli.

A Little Lifestyle Creep is Okay

Maggiulli has run simulations to determine how much of an increase in lifestyle can be absorbed with a windfall and pay increase without radically changing someone’s retirement date or ability to maintain their spending.

“The numbers congregate around 50%, that’s how much of a raise you need to save, and the other half you can spend,” he said. “There is some lifestyle creep you can have, and you don’t have to worry about it.”

“You don’t really have any options, you sometimes just have to roll with it,” said Maggiulli. “Maybe you have to be more flexible in how you spend money.”

Dollar Cost Averaging Works, but it Doesn’t Pay to Wait

Most equity markets, over time, increase in value.

“What that means is that when you say you’re going to buy a dip, let’s say you successfully wait for a dip of 10% to 20%… by the time you actually get to buy it, the price is usually higher than what you could have boguth it at initially,” said Maggiulli.

While dollar-cost averaging works in many cases, lump sums, and windfalls, especially those received early in life, should be given as much time to grow in the market as possible, said Maggiulli.

Even when the market is volatile, it pays to just keep buying, said Maggiulli—people who stop investing during downturns are practicing irrational behavior

The Overhyped Crisis and the 4% Rule

“When I was writing about saving and how much money people need to save, I was kind of shocked by some of the retiree data,” said Magiulli. “There’s this retirement crisis that’s happening, and I wanted to learn a little bit more, so I was digging on retirement and the literature agreed people are not saving enough money and there will be this crisis because people don’t have enough. I’m looking at the data and it’s like one-in-six or one-in-seven retirees who are pulling down principle. That’s it… the rest are just living off the investment returns and income.”

If there was a serious retirement crisis, Maggiulli would expect more people to be drawing down the principle of their nest eggs to try to make ends meet, but that simply isn’t happening.

In reality, said Maggiulli, most retirees think or believe that they are running out of money when it’s more likely that their money and wealth will keep growing through their retirement.

Data on bequests backs up Maggiulli’s argument—over the past seven decades, the average inheritance has grown steadily. If there was a retirement crisis, we would expect less money to be devoted to bequests when people die.

“I found a study by Michael Kitces while I was doing research that found you are more likely as a retiree doing the 4% rule to 4x your wealth (quadruple your assets) over 30 years than you are to be under where you started,” he said. “So, we’re telling all these people you’re going to run out of money in retirement when, no, you’ll probably build a ton of wealth in retirement.” 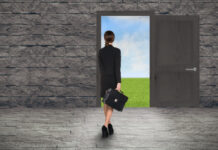