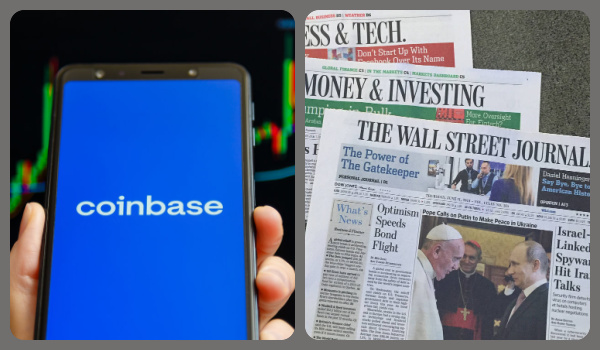 A difference of definition. When is proprietary trading not proprietary trading? It seems the venerable Wall Street Journal defines the practice one way and crypto exchange Coinbase has a different view. Is it really a big deal? Well yes, it kind of is, especially for investor perception.

So, real quickly; Proprietary trading is when a trader trades stocks, bonds, currencies, commodities, their derivatives, or other financial instruments with the firm’s own money, contrary to depositors’ money, in order to make a profit for itself.

In this case, The Wall Street Journal reported last week that Coinbase executed a $100 million transaction by the company’s Risk Solutions business. The inference was that Coinbase was involved in proprietary trading. 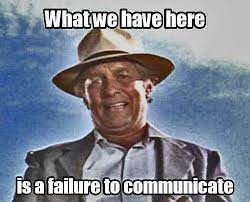 In a blog rebuttal, Coinbase made clear that it doesn’t trade for its own benefit. A verbal misunderstanding? Or, like a line in the classic Paul Newman movie (Cool Hand Luke), “What we have here, is a failure to communicate.”

So what happened? The WSJ citing “un-named sources” said Coinbase executed a $100 million transaction that was seen internally by the company’s Risk Solutions business, which had been established for the purpose of proprietary trading, as a test trade. In other words, this could be construed as a conflict of interest to Coinbase users. Me too. The first time I saw this my first thought was would I be trading against the exchange’s own traders?

To be clear, there is nothing wrong with this (prop trading), but the perception of trading against “the house” is kind of a negative. From years of experience, trading positions against Goldman Sachs’ in house traders is NEVER profitable. Same would hold true (probably) if an exchange had a prop trading unit. But Coinbase says “not to worry”. The exchange made clear that it doesn’t trade for its own benefit.

All of this “controversy” came about because Coinbase has a new risk mitigation unit called “Coinbase Risk Solutions (CRS).” The WSJ reported Coinbase launched CRS last year to trade cryptocurrency for clients. In addition to other ambitions, the group has decided to start trading with Coinbase’s money.

But according to Coinbase’s asset platform, the CRS was created to make cryptocurrencies and Web3 more accessible to institutional investors and to make it easier for such investors to trade in the Bitcoin asset class. However, Coinbase does buy cryptocurrencies outright for a variety of reasons, including its corporate treasury and daily operations.

Coinbase takes the position;  “We do not view this as proprietary trading because its purpose is not for Coinbase to benefit from short-term increases in value of the cryptocurrency being traded.”  That statement sure doesn’t sound like the true definition of proprietary trading. At least to me.