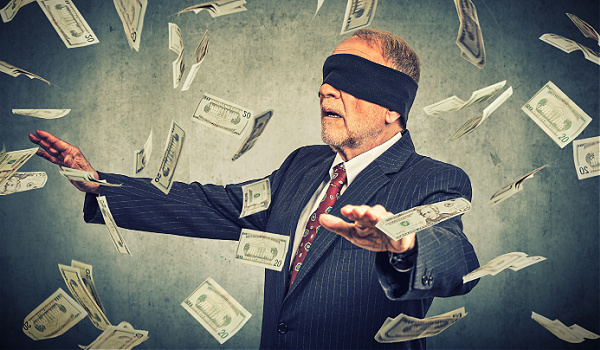 You’ve heard of the FTX debacle, right? You know who Sam Bankman-Fried (SBF) is, right? You’re “aghast” at all the details and the cavalier attitude of SBF, right? Shocked at how much money is missing? Why? What’s the big deal? It appears Sam is just a very astute follower of “Modern Government Management Theory” (MGMT).

So what is “MGMT?” Its really hard to explain because government is just so massive and complex. You knew that, right? But an easier way to explain “MGMT” is to drill down to an easy-to-understand example. Hence, FTX. Think of FTX as the government with a non-elected leader (SBF). Just like the government FTX is (oops, was) highly complex with, what four million (lol) subsidiaries, and no one really knows what’s going on. And, the best part as any good follower of “MGMT” knows, nobody is at fault or did anything wrong.

Think of FTX as a “mini-government” with investors rather than taxpayers. Investors put money into FTX (or one of the subsidiaries…….no one knows yet) with the expectation of a positive return on that investment.

Tax payers put their money into government with expectations that it will be spent wisely (chuckle) on needed/necessary programs. But, in both cases, there is a lot (a whole LOT) of missing money. The WSJ reported today (12/5) that $$$ of Covid aid went to hospitals that did not need it. Aid to a war torn country has no oversight. Betting there is LOTS of missing money there.

Likewise, FTX and SBF have no idea where investor’s money went. The WSJ last week reported SBF gave roughly $70M to political campaign funds but could only identify around $15M. Sounds like there is $55M  “lost” out there somewhere. “MGMT” working at its best.

So, in an interview recently, SBF said he “can only speculate where billions went”. He further stated he was much too busy to oversee the business and its operations. Or, his own words, “I didn’t have enough brain cycles left to understand everything going on at Alameda (Alameda Labs…..FTX associated company) if I wanted to.” In other words, I was so busy doing other stuff I couldn’t possibly be doing something wrong at FTX. Not my fault.

Its easier to ask government officials where money went and what may have happened. Classic quote; “no comment” or silence.

So why the fuss with FTX? What’s the big deal with some missing funds? FTX just embraced “MGMT” for its operations. Missing money is missing money. Right?