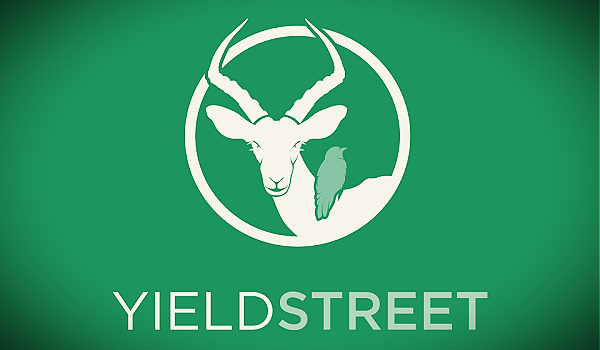 We’ve always been a fan of fintech – it’s why we originally founded FintekNews and now Digital Wealth News – but at the end of the day, fintech is just a fancy name for finance with some technology built in.  And finance has FOREVER had its share of drama.  In fact, it’s the ultimate drama queen!

So we recently learned that fintech platform Yieldstreet – which touts itself as an “an income-focused ecosystem that provides access to alternative investments” – is in a world of hurt.  In mid-August it was reported that the firm is under BOTH SEC and FBI investigation.

The firm’s business model is to sell loans collateralized by assets including mortgages, legal agreements, fine art -and-shipping vessels (specifically for “ship-breaking” which is taking apart the ships to sell for parts, etc.)  The latter is what got them into hot water, as the firm notified investors in March of this year that some of the ships tied to the notes had gone missing.  Yieldstreet in turn sued Four Wood Capital Advisors who put the loans together and won a freeze on assets of the British-based Lakhani family who they alledge fraudulently sold the “missing” ships for breaking.

In the meantime, as of August, investors in those loans had not received any money back and did not have any timeline for when they would, hence the entry of the FBI & SEC.

As if that weren’t enough, we received a press release late last week announcing a class action lawsuit against YieldStreet, filed in the US District Court for the Southern District of New York on behalf investors who claim Yieldstreet “lost more than $100 million in a spectacular series of defaults of high-risk and misleadingly marketed alternative investment products”.

Joseph Peiffer, attorney and managing shareholder, Peiffer Wolf, said: “Simply put, YieldStreet’s overexposed, concentrated loan model was doomed to fail—a ‘sinking ship,’ both literally and figuratively. Duped investors were purchasing YieldStreet’s vessel deconstruction products at a fever-pace, but none of them knew that the same borrower was on the other end of every deal. YieldStreet and Mr. Weisz were utterly unconcerned with this risk.”

Jeff Sonn, managing partner, Sonn Law Group, said: “As of the end of the first quarter of 2020, nearly one-third of Yieldstreet’s portfolio was in default. At best, this was a case of the ‘blind leading the blind.’ YieldStreet falsely claimed to have a track record, specialized insights, and a history of success handling tens of millions of dollars of investors who were termed ‘accredited,’ but often not very sophisticated.”

On the other side of the spectrum, NerdWallet gave Yieldstreet a 4.5 star ranking out of 5 stars, in it’s February 2020 review of the firm.  However, that was prior to the above incidents occurring.

To date, Yieldstreet has raised $178.5M USD from 5 funding rounds, according to Crunchbase, with the most recent Series B round in February, 2019 bringing in $62M USD.

According to the firm’s website, Yieldstreet has $1.1B invested on their platform, with over 575,000 interest and principal payments made to its investors and $635M in principal and interest paid out to date.

Meanwhile, we noticed that Yieldstreet is continuing to aggressively promote its products and offerings on Linkedin, despite the ongoing SEC & FBI probes, and now the new pending class action lawsuit.  These include several members of their management team discussing art as an investment, NYC commercial real estate, short term notes and North Florida pre-development financing.

Nothing wrong with promoting one’s investment opportunities. However, when you have an SEC & FBI probe ongoing, coupled with a new class-action lawsuit, it may be prudent to dial down the promo machine, at least for a minute or two.   We’ll keep our eyes open on where this story heads next and report back to you the minute we hear anything new.