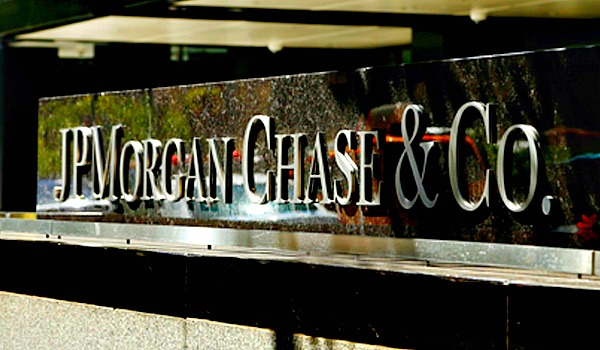 You would think that the “premier” bank (JP Morgan) led by the “premier” banking CEO (Jamie Dimon) would learn, and correct, previous mistakes. But NO!! It looks like that “premier” bank is going to get hit with a record $1 billion (yes, with a “b”) fine for doing something illegal that they got caught doing previously. Like, what, not again?

Bloomberg is reporting that JP Morgan has been involved in market manipulation (gasp, yes I know, shocking right?) in the gold /precious metals market AND the treasury markets. You probably thought this was an old charge remembering back to when JP got caught rigging the benchmark interest rates AND the FX markets. But no! These are brand new fresh “misdeeds” and so blatant the prosecutors that have brought charges referred to JP Morgan being a “crime ring.” Amazing.

Coming on the heels of Deutsche Bank also being “busted” for the same activity, spoofing, this should come as no surprise. What IS surprising is just how pervasive and wide spread the manipulation was (is). With a former Deutsche Bank star trader (David Liew) turning prosecution witness, JP really had no defense. BUT, here’s the surprising point; normally a firm will settle charges by “neither admitting or denying guilt,” pay the fine and move on. Again, BUT NO! JP IS admitting its guilt and paying the fine and…..moving on. So, what’s up with that?

Well let’s consider that crime does pay. For a whole lot of people. In fact, this crime could actually be a “win-win-win” proposition. Obviously for JP to pay out $1 billion to settle, you have to know they made a whole lot more committing the crime. Or, rather, a great IRR (Internal Rate of Return). And, the prosecutors get a big win while the regulatory bodies get a big cash infusion to the tune of $1 billion. Oh yeah, the Federal Reserve is also happy because it doesn’t have to come down on America’s biggest commercial bank and fully audit and investigate JP. (Yup you got us, hands up and guilty. Let’s move on). Now THAT’S a well oiled machine.

So, it seems JP Morgan has been down this road before (like, for decades) and previously settled their interest rate rigging and FX manipulation charges for $550M, which now seems cheap. Rinse and repeat? If so, what is the next market(s) to watch for JP’s spoofing and manipulation games? Bitcoin? Cryptocurrencies. Remember Jamie Dimon ‘trashing” bitcoin only to later learn the bank was scaling up activities in that sector?

Keeping in mind that many of the charges leveled at JP Morgan fall under the RICO act which is more relevant to mafia and organized crime activities, would that make the “premier” banker (Jamie) a “Don?”

Dig deeper from a great article from Zerohedge below;