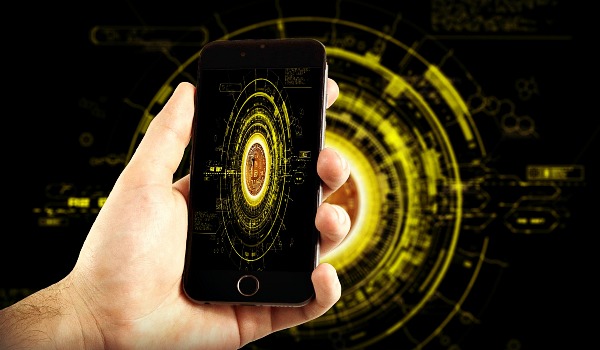 There has been speculation for years on when there will be a bitcoin ETF.

There have been many attempts to get SEC approval for such a product with each one structured just a bit differently than others. The SEC has rejected each one (or, just not approved the application and shoved it in the drawer) but to date there is no bitcoin ETF in the U.S.

A stealth way to trade bitcoin on a regulated exchange? Certainly not the Grayscale Bitcoin Trust, which is a whole different animal, but rather via a publicly-listed company.

For those who don’t know, MicroStrategy is a company that provides business intelligence, mobile software, and cloud-based services. The firm develops software to analyze internal and external data in order to make business decisions and to develop mobile apps.

The company generates solid cash flow but has hit a plateau in growth. As a result, MSTR sits on a pile of excess capital (a bit above half a billion dollars) that earns very little interest (a common malady today).

The CEO, Michael Saylor, decided to take a bold step; he has put almost all ($450M USD) of those excess reserves in bitcoin. As recently as 2013, Saylor was trashing bitcoin but has now become a true believer and advocate. A few months ago he bought around $180M of BTC with MSTR dry powder and…..OMG……..saw his stock take a big jump up. He followed his first purchase with an even bigger bitcoin buy and…..OMG 2………MSTR jumped even higher. In just a short three short months the cash reserves are up over 21% and the stock has climbed with it. Hmmmmm!

So with the firm’s revenues flowing at just above $500M and the cash reserves around the same amount, is this a bitcoin play an “ETF?” Like a wolf in sheep’s clothing, or bitcoin in securities clothing?

If that’s the case, Michael Saylor is one brilliant guy. Certainly the SEC can’t tell a public company how they should manage their cash reserves (right?). Now, here’s an idea that the SEC would probably just love. Form a SPAC (Special Purpose Acquisition Corp), raise, say $1 billion and buy bitcoin (or other cryptos). Since the cash is just sitting there, and you have two years to acquire a company or give the money back, it becomes……..you guessed it…..an unofficial ETF.