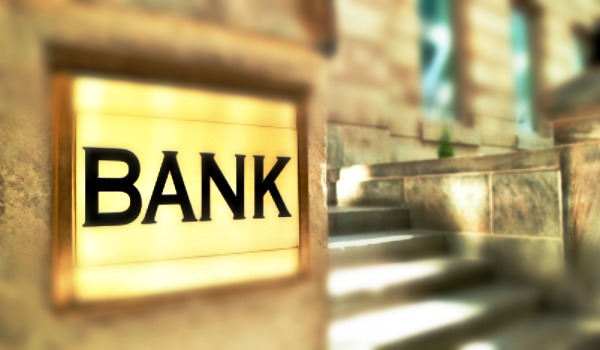 That headline sounds like something the “Riddler” from Batman comics would say. But no.

Most people think of a bank as one of those big, pillared buildings that you deposit your money in for safekeeping and have the FDIC insure its safety. Or, more up to date, it’s a branch that looks like a fast-food outlet where you can drive through to deposit your funds knowing the FDIC has your back. OR its someplace the picture of your check deposit goes when you take a picture of it. Newer still, a bank may just be a coffee cafe (like Santander Bank is becoming in the US) where you can sip roasted coffee and get pitches from ‘friendly’ banking helpers nearby.

The one thing all those big traditional commercial banks have in common is access to the Federal Reserve and all deposits held in an FDIC insured bank are just that; insured ($250K per account…. basically). But recently a slew of digital banks have attracted deposits at a highly elevated rate. “Banks” like Revolut and others are really an electronic money institution that facilitate money transfers. So, these “banks” work with a third party “real” bank to hold deposits and introduce other banking services to that third party since traditional banking services can’t be offered.

So now let’s enter a new door. There is a great deal of talk and speculation when, of if, the U.S will introduce a digital currency. Actually, it’s a CBDC (Central Bank Digital Currency) and other counties like China (Digital Juan), Singapore, Japan, Russia and even Sweden are well under way to introduce their own digital currency. Obviously, there are a great deal of advantages to a CBDC as well as many disadvantages.

Without getting into all the plus’s and minus’s, the important thing is to realize only the Fed will be able to create an “official” U.S. digital currency. One extraordinarily strong selling point for a digital currency is that it could be a very quick and more efficient way to get funds (like stimulus funds) distributed to where those funds are needed. Which leads to………….why not just become a Fed full-service bank?

Commercial/traditional banks now take YOUR deposits, pay you some stated amount of interest and park those funds at the Fed which pays a higher rate of interest rate to the bank. In other words, if you truly become a full-service central bank who needs all those other pesky banks?

Should the introduction of a digital dollar come about it would seem the Fed would certainly morph into a full-service bank. Probably the politics to do so would be intense.

The Fed could target, and make, loans to certain groups, restrict others and even target certain corporate (green?) entities to satisfy political agendas. Again, what is a bank? A central bank with FULL monetary control, a digital bank for money transfer, a “coffee cafe bank,” or just your local branch of some big bank? What are your individual needs for a bank?

So, when is a bank not a bank? Ask the Riddler.