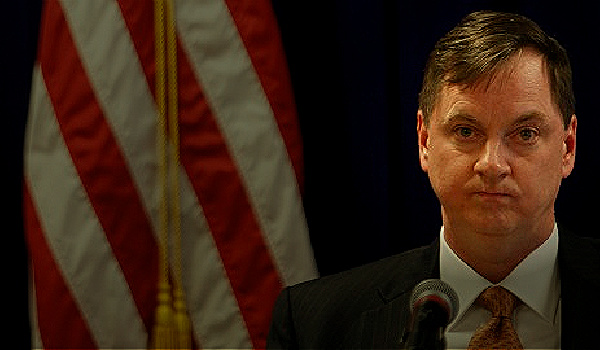 Speaking at the annual meeting of the American Economics Association, Mr. Evans pronounced that the Fed shouldn’t just settle for an itty bitty inflation rate of 2% but rather set it’s sights much higher. Go big or go home? I mean, why shoot for a 2% rate of inflation when you could have…..oh say 4%, or 6% or (yeah baby) 10%? Now, if in fact Mr. Evans did confuse New Years Day with April Fools Day, than his speech may have been an attempt at comedy. Alas, no laughs.

The Fed (indeed, central banks around the globe) has been trying for quite a while to get inflation back up to the “magical” 2% level with no success. By targeting monetary policy to “nudge” inflation back up to (again, “magical”) 2%, central banks worldwide have been basically throwing money around like…………its April Fools Day. So, Mr. Evans makes the point that in trying to just get up to the (“magical”) 2% rate, monetary policy should be implemented to aggressively target a much higher inflation rate. In his words;

“If we try to fine tune a very modest inflation overshoot of only a tenth or two, we run a very large risk of failing to achieve our 2% averaging goal within any reasonable amount of time.” Further, “To me, getting inflation moving up with momentum and delivering rates around 2.5% is important for achieving on our inflation objective in as timely a manner as possible,” he said.

In all due respect, there are “foreseen” consequences (not unforeseen) that are being completely ignored. Think a dollar decline, declining stock market, etc. It’s like getting ready to barbecue some burgers on the grill. You put the charcoal in, sprinkle some lighter fluid on the aforementioned charcoal and toss the match on. Hmmmm, fire not catching fast enough. Shoot some more lighter fluid on the smoldering charcoal and……still too slow. OK, empty that lighter fluid can on the smoldering charcoal AND toss a new match on. Yeah, you get the point (results)…..WHOOSH!! And the neighbors call the fire department to quash that fire. Burgers are burnt and there is a mess to clean up.

So the Fed’s Mr. Evans is right. If you want 2% inflation target 2.5% and the average will climb faster. But why not target 10% and the average inflation rate will get higher much faster. Be careful what you wish for (or try to accomplish). Perhaps check with former Fed Chair Paul Volcker, the fireman of the 70’s who pushed rates to 20% (yup, 20%) to put out an inflation fire.

Or maybe it was a mistake and its April Fools Day after all.