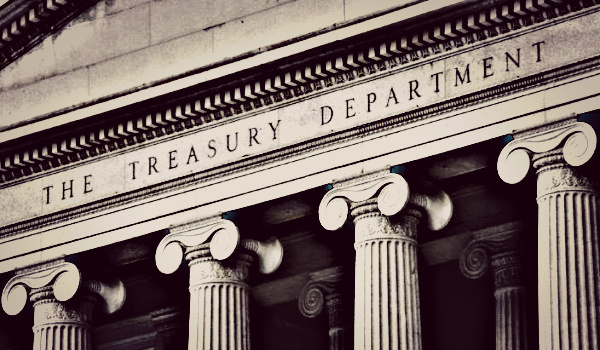 OK, not TOTALLY fake news but focusing on a teeny tiny potential issue and blowing it up to seem like a HUGE problem is…………well, a bit misleading and/or “fake news,” right?

And, just because this “fake news” comes from the new Treasury Secretary (Dr. Janet Yellen……not a medical doctor) doesn’t make it right. So, what are we talking about? Criminal activity in cryptocurrencies. Yeah, again. This false narrative thinking is like pushing a public relations campaign to get Daffy Duck nominated for an Academy Award for best dramatic actor.

Speaking recently at a Senate Finance Committee hearing, Dr. Yellen commented; “I think many (cryptocurrencies) are used, at least in a transaction sense, mainly for illicit financing. And I think we really need to examine ways in which we can curtail their use, and make sure that anti-money laundering doesn’t occur through those channels.” Now if you buy into that line of thinking you may be very surprised to know that the data just does not support Dr. Y’s comments (and Daffy didn’t win an Academy Award).

A 2021 report from Chainalysis’ showed that in 2019, criminal activity represented just 2.1% of all cryptocurrency transaction volume (roughly $21.4 billion worth of transfers). By 2020, the criminal share of all cryptocurrency activity actually fell to just 0.34% ($10.0 billion in transaction volume). So, either there is virtually no criminal activity or the criminals are taking time off from being “evil doers.” Either way, bringing a teeny tiny issue to headline status is kind of a false narrative, right?

Now maybe the job of Treasury Secretary is not as time consuming as you might think and Dr. Y just needs something to do. But, she should certainly be aware that government backed fiat is the real problem concerning criminal activity. A report last year by SWIFT (Society for Worldwide Interbank Financial Telecommunication), stated “cases of laundering through cryptocurrencies remain relatively small compared to the volumes of cash laundered through traditional methods.”

Facts and data are really pesky little issues when you really think about it.

In total defense of cryptocurrencies (especially Bitcoin), Dr. Yellen should be aware that a division of Treasury that reports directly to her – FinCEN (Financial Crimes Enforcement Network) – recently announced a $390,000,000 Enforcement Action against Capital One.

For what? Seems Capital One admitted to a host of things including failure to maintain an effective Anti-Money Laundering (AML) program to guard against money laundering. Also, they were cited for not filing transaction reports leading to transactions to go unreported in a timely and accurate manner, including proceeds connected to organized crime, tax evasion, fraud, and other financial crimes laundered through the bank into the U.S. financial system. Note: no mention of cryptocurrencies anywhere.

So, while Dr. Yellen is spreading a false narrative about cryptocurrencies, she might consider concentrating where the illicit criminal activity is actually happening – banks and fiat currencies.

Remember, JP Morgan has been fined BILLIONS over the years for enabling illegal activity to go on. Maybe if the new Treasury Secretary wants to catch a bank robber she shouldn’t be looking at the local coffee shop.