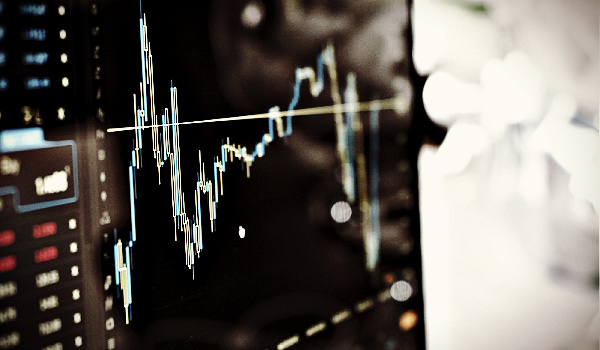 The roar of retail was amplified and crescendoed by emerging and established fintech long before it caught hedge fund managers in a short squeeze, according to a recent report from DriveWealth.

Between the third and fourth quarters of 2020, retail trading volume and asset growth on DriveWealth’s platforms rose by 40% and 59% respectively, outpacing volume growth in the S&P 500, which came in at 12%, according to the firm’s Fourth Quarter 2020 Global Retail Trends Report. Asset growth across DriveWealth reached 947% in 2020, again outpacing the NASDAQ (44%) and the S&P 500 (16%). Most of this growth was driven by new accounts and new deposits from existing investors.

“We’ve seen a great increase in inclusion, in terms of people being able to participate and buy,” he said. “Fractionalization and no-show trading has allowed people to participate.”

Of course, the other side of the coin is that more people are able to crowd into long positions on commonly shorted stocks, which has created havoc for some hedge funds and professional short sellers.

But overall, the democratization of markets “is a good thing,” according to Cortright.

“It’s good for companies who want to raise capital, and it’s good for transparency in the markets,” he said. “Overall, what we’re seeing is more and more interest from people who want to get on these applications and into these ecosystems.”

Trading activity on DriveWealth in 2020 rose 351% on a year-over-year basis from 2019. Much of this activity was not interpreted as market timing by the report’s authors, but as dollar-cost averaging when investors had extra cash for investing and the time to buy. The average trade size in 2020 was just $244, but that rose to $335 in the fourth quarter. Most of the fourth quarter trades, 91%, involved a fractional-share component.

In 2020, the average user on DriveWealth’s platforms placed 29 trades, significantly higher than average users at the major traditional retail brokers like TD Ameritrade (18), Schwab (15.3) and E*TRADE (10.1). All told, the average daily number of trades at DriveWealth exceeds the combined total of all three brokerages.

During the fourth quarter, investors traded in larger amounts, but in the same frequency, with investors over age 60 trading the largest amounts – but investors under age 30 were responsible for half of the account openings on DriveWealth’s platforms.

By participating in financial markets at a younger age, retail investors can not only compound their investment gains at a higher rate, but also their financial literacy.

And while GameStop, AMC and BlackBerry captivated January’s trading headlines, most of the traders on the digital platforms DriveWealth supports were buying big tech, global brands and pandemic stocks like Netflix and Zoom. Tesla, Apple, NIO and Amazon stock were the most-traded securities by self-directed investors, while advisors using the platforms were overwhelmingly trading Vanguard ETFs like VOO, Vanguard’s S&P 500 ETF, and VTEB, Vanguard’s intermediate-term bond ETF.

Most of these digital retail investors were more interested in buying than selling, according to the report.

Cortright also said that he noted an increase in sophistication in digital retail trades, with 30% of orders now being placed outside of market hours

“We see people acting more rationally right now,” he said. “They’re buying stocks they love, quality companies that they want to own, and I think it shows that they understand value versus price.”

Cortright said that may be because apps are increasingly offering financial literacy experience alongside embedded finance and trading.

“The best way to learn is by doing, and with the ability to start investing as little as $1, people can learn by investing pocket change instead of their life savings,” said the report. “Technology is enabling ever more creative investing experiences to teach beginners about the core tenets of responsible investing: diversification, compounding (reinvesting interest and dividend income) and dollar-cost averaging.”

AI is taking this one step further by acting as a “Fitbit for financial health,” according to the report, offering retail investors a behavioral guardrail.

Overall, the pandemic has “accelerated the shift to digital,” said Cortright, with all generations of consumers now participating in the move towards digital payments, online banking and investing via apps. This shift will cause a decline in physical branches among traditional brick-and-mortal banks and an increase in users for digital “challenger” banks.

Finally, technology and digital marketing have allowed fintechs to grow at a pace out of the grasp of traditional financial firms, according to the report. For example, it took JP Morgan 60 years and five acquisitions to reach 60 million clients, but it took Venmo 10 years and CashApp just seven years to achieve the same.