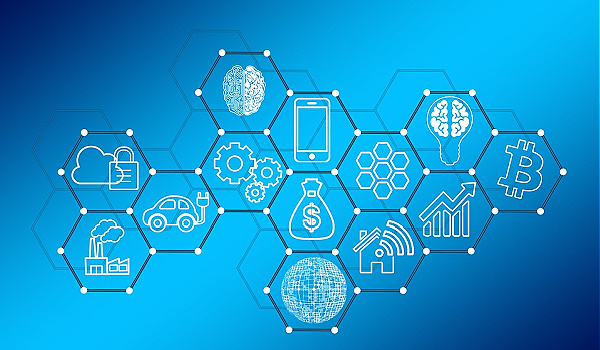 Last month, Beacon Capital, a $3 billion TAMP, or turnkey asset management platform, was acquired by Sammons Financial Group, a $114 billion diversified financial services company that has, up to this point, operated mostly in the retirement plan and insurance services realm of the industry.

Not to be outdone, today, AssetMark, a $74 billion TAMP, announced that it will acquire Voyant, a financial planning fintech, in a $145 million cash and stock transaction.

The biggest deal of them all occurred in June 2020, when GenStar Financial acquired Orion Advisor Solutions and merged it with Brinker Capital, which at more than $24 billion in assets was one of the largest TAMPs in the U.S.

Later, in July Brookstone Capital Management and Formula Folios merged to create a $6.5 billion TAMP. Then, in September, Philadelphia-based Efficient Advisors combined with Cincinnati-based Evidence Based Advisors to create a $1.6 billion TAMP.

All the activity raises the question of whether smaller TAMPs – those managing under $10-20 billion in assets – can survive as standalone entities, or whether they need to seek out private equity backing, a buyer, a merger or even evolve into something else in order to survive. There are a handful of huge TAMPs – Buckingham Strategic Partners, SEI, Orion, Envestnet, AssetMark and Sawtooth Solutions, among a few others.

Tnere are some fast risers, like GeoWealth, which increased its AUM from $8 billion in January 2020 to $13 billion in January of this year, and SMArtX, who grew from $2 billion to nearly $10 billion AUM in a three-month period in late 2020. Then there are dozens of small-to-midsize TAMPs whose future is unclear.

Firms like Brookstone could be caught in the middle.

A TAMP is an automated or semi-automated third-party tool that includes investment research, portfolio construction, monitoring and rebalancing, reconciliation, performance reporting and tax optimization in one package. Traditional TAMPs were human-led affairs, an investment advisor for investment advisors, in the form of an “outsourced chief investment officer,” or OCIO, or an RIA with an in-house investment management service that primarily focused on serving other advisors as opposed to the end-client .

Modern TAMPs are technologically driven, drastically cutting down costs and increasing efficiency and optionality. They include model marketplaces, model subscription services and investment platforms offering portfolios and investments from many firms.

Last year, Tiburon Strategic Advisors estimated that around $2.2 trillion in assets were being managed by TAMPs.

The pitch to advisors is that TAMPs take a lot of the technical slog out of the practice of financial advice, allowing advisors to focus on their true value proposition, providing excellent client service.

TAMPs are nothing new, having existed in one form or another in the financial industry for more than 30 years, but when combined with other fintech, powerful synergies can be created. That’s one reason the recent series of mergers and acquisitions surrounding TAMPs has been so exciting.

But the flurry of news is also notable because there are now very few pure-play TAMPs left, with most of them either having been acquired by more diversified financial services companies, or have altered their own businesses via a series of major acquisitions.

A good example of the former is Orion, which was founded as a portfolio management, rebalancing and reporting solution but has acquired two TAMPs (including Brinker Capital), financial planning software (Advizr), and built its own marketing platform (Market*r). A great example of the latter is Envestnet, which has evolved radically from its foundation as a TAMP by bolting on Yodlee, MoneyGuide and Tamarac.

Sammons framed its acquisition of Beacon Capital as boosting its retirement, insurance and annuity business with a proven, automated asset management program – but also as a catalyst for its entry into the RIA space.

“Sammons Financial Group has a long track record of success in organic growth in its financial services offerings. That focus will only continue as the addition of Beacon Capital Management will accelerate our efforts in the RIA channel,” said Esfand Dinshaw, chief executive officer of Sammons Financial Group. “This move complements our existing business lines and our work to build partnerships with other registered investment advisors.”

It seems unlikely that Sammons is trying to evolve to offer a wealthtech all-in-one like Orion with this acquisition, but as synergies between itself and Beacon Capital are explored, it may become the truly diversified financial services firm it aspires to be.

In the case of AssetMark’s transaction, Voyant serves 20,000 advisors across the U.K., Canada, Ireland and the U.S. Voyant sees AssetMark as key to penetrating the U.S. advisor market, while AssetMark hopes Voyant will help it attract and retain more advisor-clients while adding greater depth to its financial planning and portfolio construction and management tools.

“AssetMark and Voyant have a shared vision for financial wellness. The acquisition of Voyant rapidly accelerates this vision, while providing enhanced benefits for our advisors and their clients. Integrating key components of Voyant into the AssetMark platform will enhance the alignment of the investors’ goals, risk capacity and portfolio construction, creating an integrated experience where the client feels that their advisor understands them and their financial needs,” commented Natalie Wolfsen, incoming CEO of AssetMark. “Voyant’s fit into the AssetMark platform aids in creating stronger client-advisor relationships. This leads to more invested assets and greater loyalty on our platform, while also helping us attract new advisors in core and adjacent channels.”

Whether AssetMark is on its way to becoming another Envestnet remains to be seen.