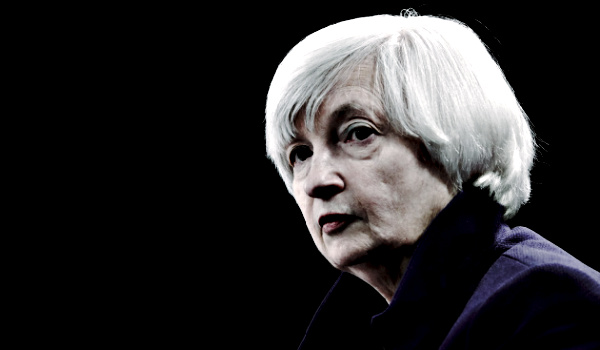 Well, I for one am so relieved. Speaking last weekend on NBC’s “Meet the Press,” Treasury Secretary Janet Yellen (“J-Yell”) downplayed any fears that government spending trillions of dollars will lead to inflation. Whew! Nothing better than hearing the calming re-assurance from the Washington. Move along, nothing to see here.

Whether the proposed spending programs cost $2 trillion, $4 trillion or the expected $6 trillion it won’t matter because “It’s spread out quite evenly over eight to 10 years.” So, there is the possibility inflation will stay high for 8-10 years? But “J-Yell” added that even if inflation picked up, the Fed can deal with it (fingers crossed). No need for details since “I don’t believe that inflation will be an issue but if it becomes an issue, we have tools to address it. These are historic investments that we need to make our economy productive and fair.”

So why is the Treasury secretary out reassuring us? BECAUSE THERE IS INFLATION! AND BAD. Now that people are coming “out” of their anti-Covid hiding places and ready to return to “normal” life, surprises are popping up. That airplane ticket costs WHAT? That hotel room costs WHAT? Why are my food prices so HIGH? Gee, I don’t remember gas prices being so HIGH. A house costs WHAT? Really? If you haven’t seen this yet……get ready. Pent up demand chasing reduced supplies. It’s gonna get crazy.

But once again the soothing voice of “J-Yell” is putting any anxiety or insomnia issues to rest. All these pesky higher prices will be “transitory” and last only a short period of time while the economy adjusts. Adjusts to what? Oh, and by the way, she notes calmly that interest rates “MAY” need to move higher for a bit. A bit? And those big spending plans will be offset by raising taxes. But don’t worry, those higher taxes won’t be on you…..only “the rich” (unless we need more, than you may need to pay more). So, summing up (key soft music in the background), inflation is not a problem, but even if prices do go up it’s only for just a little bit. Interest rates may go up but you probably won’t feel it and you may have less money coming in because tax increases may hit you. Whew, I am so calmed.

One really good thing good thing about these potential worries is marijuana is now legal in a lot of states (not saying I would know where) so it is easier to join “J-Yell” and Treasury and not worry. No problem. Be happy, its all good. Hey, is that Secretary Yellen over there watching and listening to…….