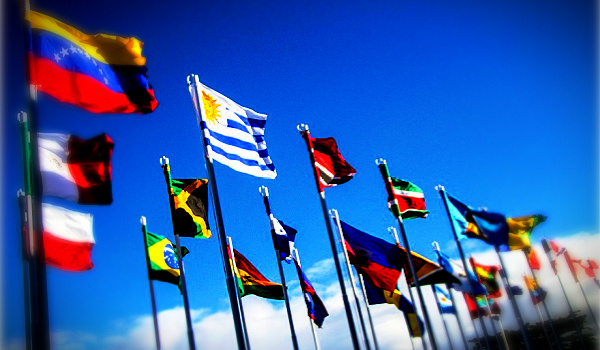 Global central bankers, already extremely anxious about losing monetary control to the likes of Bitcoin, are going to have some very sleepless nights ahead. Nightmare type sleepless nights. Last week El Salvador’s President, Nayib Bukele, signed into law legislation declaring Bitcoin to be legal tender in the country. Uh Oh! A country “dumping” the dollar and no longer being dependent on the US central bank’s monetary policy? What if other countries (or everyone) follows? Those laser eye people are shaking things up.

The “Bitcoinization of El Salvador” has opened a Latin American tsunami with other countries like Paraguay, Panama, Brazil, Mexico, Nicaragua along with several others now actively considering adopting Bitcoin. The proverbial genie is in the process of escaping the bottle with the bottle being central banks’ control over smaller countries monetary policy. While the Peoples Bank of China (PBoC) readies its own digital currency (CBDC) and the US Fed and the European Central Bank dither and try to figure out what to do, their only “game plan” is to spread negative news on the competition……..Bitcoin. El Salvador just threw a rock in that pond.

“Good news for El Salvador who is teaching the government of Panama in entrepreneurship and technology. We have to think beyond the canal and free zones, betting on the knowledge economy, quality education for all and facilitating new businesses.” Further; “This is important, and Panama cannot be left behind. If we want to be a true technology and entrepreneurship hub, we have to support cryptocurrencies. We will be preparing a proposal to present at the assembly”.

For well over 100 years there has always been a “resentment” throughout many Latin countries toward the dominance of “Uncle Sam” in the region. Adopting Bitcoin as legal tender frees up each country to set their own agenda to foster economic growth and attract new business. (Example: El Salvador will have no capital gains tax on Bitcoin). Additionally, taking a page from Michael Saylor, CEO of MicroStrategy, El Salvador’s (and other countries’) foreign reserves may be held in Bitcoin with long term potential increase in value, unlike holding depreciating dollars. El Salvador may have just set a trend for nations to adopt Bitcoin.

Those fancy big lunch meetings aren’t going to be much fun to attend.