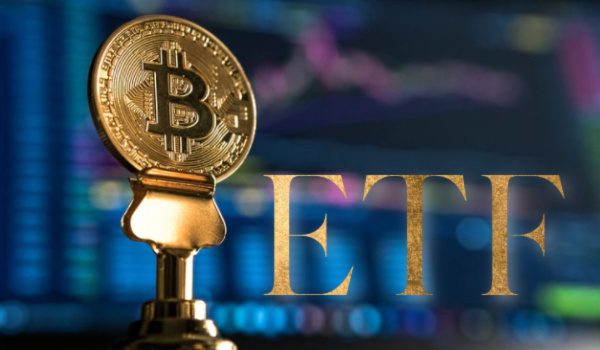 Here we are well past the halfway mark of 2021 and, once again, debates are popping up on when, or if, there will be a U.S. regulated Bitcoin ETF. Different time, same question. Will the SEC approve a BTC ETF? Will they not approve a BTC ETF? Or better yet, WHY won’t they approve that coveted ETF? Yes, why oh why?

Well, lets begin with the very simple and obvious reasons the SEC (U.S. Treasury) has not approved a Bitcoin ETF; THEY HATE BITCOIN. THEY FEAR BITCOIN. Remember, while everyone thinks the SEC will be the deciding entity on an ETF final approval, the Chairman of the SEC (Gary Gensler) reports to the U.S.Treasury Secretary (Janet Yellen) and……..SHE HATES BITCOIN. She recognizes that Bitcoin has the potential to become a global currency that will not be controlled (damn) by any one government or central bank. Not good for a government’s control over monetary policies. So, doing anything to “legitimize” Bitcoin (including a Bitcoin ETF) is not going to happen.

But hey, why not keep trying? Going back well over a year or so, the SEC has been presented with multiple fund applications from several well qualified managers with the SEC tabling them all (put them on the shelf and let them die). I know, we are in that group, so I speak from first hand knowledge. Ironically, answering the SEC’s concerns about Bitcoin price manipulation, volatility, custody, investor risk protection, etc. really makes no difference. After a while you just realize the SEC (Treasury) just flat does not want anything Bitcoin (5% risk exposure or 100% risk exposure…..makes no difference).

But the line of applicants keeps getting longer, and the pedigrees of those applying keep getting more prestigious but the results are the same. I believe Albert Einstein said “the definition of insanity is doing the same thing over and over and expecting different results”. It looks like VanEck, Fidelity, Cathie Wood’s Ark Invest and now Grayscale (100% committed to converting GBTC into an ETF) might want to read up on Einstein’s comment. Or, maybe they are all really insane.

After the Presidential election, hope sprang to life that the new appointment of cryptocurrency (and former CFTC Commissioner) expert Gary Gensler would almost certainly approve a Bitcoin ETF. He had replaced Hester Pierce, a “friendly” Bitcoin commissioner, to lead the SEC and with her still on the board, odds looked good. But now even she is perplexed. Quoted in a recent interview, Commissioner Pierce said;

“I thought that if we had applied our standards as we have applied them to other products, we would already have approved one or more of them [ETF],” she said. “With each passing day, the rationale that we have used in the past for not approving seems to grow weaker.”