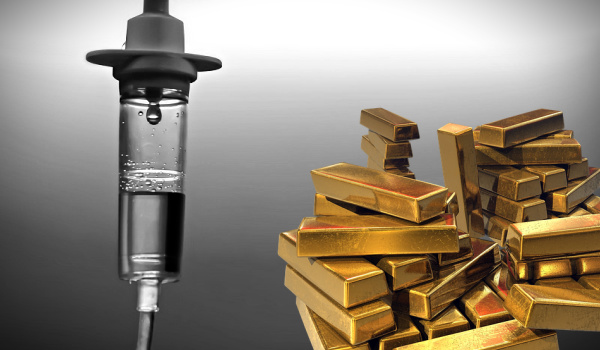 One month ago I wrote an article saying GOLD was dead and after 5,000 years had lost its luster. With hundreds and hundreds of responses, some supporting (thanks) and many criticizing (oh, the language from gold bugs), I thought I would clarify.

Gold, rather than being dead, is dying. Lets say it has a long term cancer prognosis.

After 5,000 years of “golden acceptance” I certainly didn’t mean that gold died a week ago last Friday. Or will die a few Thursdays ahead. Rather, as a “go to” asset in times of geopolitical uncertainty or inflation, gold is being replaced. Same for being a store of value. Like it or not, the digital asset Bitcoin is currently (and will continue to be) replacing the yellow metal, ESPECIALLY among younger generations.

Remember, up to now (or roughly ten years ago), there has never EVER been an alternative to gold. Again, Bitcoin fills that role.

Sure, global central banks will continue to acquire and hold gold in their treasuries, but why? If you are not going to back fiat currencies with gold, all you have is a pile of shiny rocks sitting in a vault. I’m pretty positive that, even as a store of value, it would at least be expected to provide an increasing rate of return. So, gold goes to $2,000 or $3,000 but Bitcoin goes to $100,000 or $200,000. Which would you (or eventually central banks) decide to hold? It’s not if, but when.

So gold fans, please rest easy. Gold will be around for a very long time. But, it IS dying of Bitcoin cancer over a long period of time. I realize it will be hard to watch a 5,000 year investment “family member” deteriorate, but that’s what investment cancer does. I do stand by my article of last month………but with a long term outlook. Of course with this playing out over 100 or more years in front of us, none of us will know who was ultimately right.