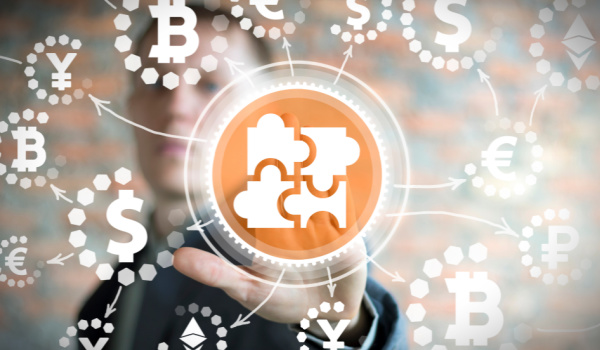 Earnings season is underway, and banks are obsessed with their chief rivals — fintechs. VCs can’t get enough of fintechs either, but in a good way as funding levels continue to rise. Meanwhile, neither cryptocurrencies nor fintech stocks have been able to win over investors so far in 2022, except for one meme coin. Amazon and Visa have found a way to coexist in the U.K.

As earnings season kicks off, big banks are in the spotlight. After reporting a record $48.3 billion profit for 2021, JPMorgan CEO Jamie Dimon is taking aim at fintechs. According to a report in Bloomberg, Dimon in a letter to shareholders bemoaned an unlevel playing field, pointing to nearly a dozen ways that it’s more expensive to be a bank (e.g., deposit insurance, capital and liquidity requirements, etc.) The FT reports that JPMorgan plants to invest $12 billion in tech this year even at the expense of profits to better compete with its nemesis.

A fintech called Current is a good example of why the banks are so upset. The company, which is behind a mobile banking app, has launched a product that goes head-to-head with banks just as interest rates are set to rise. Current’s new high-yield product, dubbed Interest, offers customers 4% APY and an opportunity to increase savings 60x quicker than most Americans do. The beauty of Interest is that it’s available to users of Chime’s Basic and Premium plans. Chime will pay the rate on balances up to $6,000 annually, TechCrunch reports.

Meanwhile, Bank and America and Wells Fargo are taking a cue from their peers and overhauling their customer fee models. BofA plans to slash its overdraft fee from $35 to $10 starting in May. In addition, the bank will eliminate transfer fees for overdraft protection. Wells Fargo is letting customers access direct deposit sooner plus an additional 24 hours to make overdrawn accounts right before fees kick in.

MX, a fintech startup that is a bridge between fintechs and banks, has appointed Shane Evans as its new CEO as it prepares to either go public or get acquired, CNBC reported. Evans has been the chief revenue officer for the past few years and is taking the helm from Ryan Caldwell, who becomes executive chair. MX was most recently valued at $1.9 billion and is behind the tech that lets a Chase user send money to their account at online broker Robinhood.

Pine Labs, a Noida, India-based fintech, wants to list on the U.S. market. The company, which is behind a merchant payments platform, filed confidentially with the securities watchdog to go public in a $500 million IPO, according to Bloomberg. Pine Labs targets clients in Asia and the Middle East and has snagged Goldman Sachs and Morgan Stanley for its potential float.

Fintech startups attracted $132 billion from venture capitalists last year, representing more than 20% of total VC funding of $621 billion across financings. The fintech sector’s share of the pie increased by nearly 170% vs. 2020’s results. According to CB Insights, “the fintech sector is ripe for explosion in 2022 and beyond as startups mature.” Business Insider predicts that fintech funding will surpass $150 billion this year. Last year’s VCs leaderboard and the number of deals include:

Sheel Mohnot, a fintech seed investor, shows how 50% of the most in-demand VC-backed companies on the secondary market operate in the fintech and blockchain spaces, including companies like Stripe, Plaid, Klarna, Chime and others.

Amazon and Visa have sorted out their differences in the U.K. After threatening to remove its support for Visa transactions across the pond as soon as Jan. 19, the e-commerce giant has done an about-face, saying in a letter to customers that “the expected change…will no longer take place.” Amazon had seemingly taken issue with Visa’s fees but now feels confident that the two companies can sort out their differences.

Accrue Savings, a fintech startup that rewards shoppers who choose savings over credit such as buy now pay later, has secured $25 million in a Series A funding round in which Tiger Global was the lead backer. Accrue has raised approximately $30 million since launching just a few short months ago. Founder and CEO Michael Hershfield told Cheddar TV it’s proof that “there is this huge gap in the market. There are so many credit card options — retail cards, buy now pay later. The opportunity here is distinct. Americans save and we have forgotten about that opportunity for so long in the American innovation economy.”

Crypto prices are off to a rocky start in 2022, but Dogecoin is charting its own course and is up more than 20% in the last seven days. Investors in the meme coin can thank Elon Musk, who announced that Tesla merchandise is officially “buyable with Dogecoin.” Doge fans are hoping this is just the tip of the iceberg and support will soon spill over to payments for electric vehicles. Musk has been an influencer in the crypto markets and his preference for Dogecoin has helped the crypto rise from fractions of a penny a year ago to nearly $0.17 today.

Robinhood’s stock has seen better days and at just over $15 is trading eerily close to its historic low. Meanwhile, the company could soon be facing more competition as cryptocurrency exchanges like the US arm of FTX explore expanding into Robinhood’s bread and butter — equities trading. FTX US President Brett Harrison tweeted that the company is “hard at work on stocks” and asked his followers what other features the company should include.