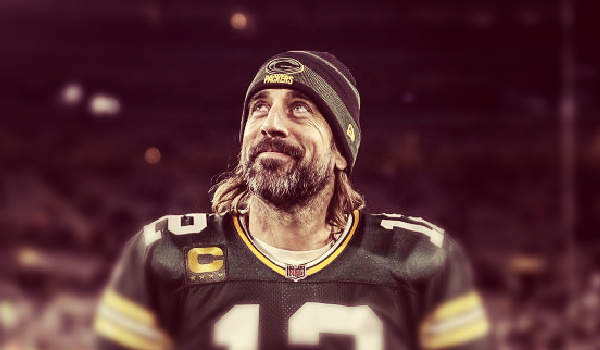 Seriously. You are the current quarterback of the Green Bay Packers in the
National Football League, a four-time MVP (most valuable player) including the
last two years consecutively, a Super Bowl champion and certain to be inducted
into pro-football’s Hall of Fame. Yeah so, you say. What’s up with all that?
Well Mr. Rodgers has his contract expiring soon and he may, or may not, finish
his illustrious career in Green Bay…….or elsewhere. Either way Mr. Rodgers
is going to make a lot of money (he’s not exactly hurting now of course).

Problem. What to do with all this expected money? I’m pretty sure Mr.
Rodgers has a very shrewd agent and investment advisor based on his previous
contract with Green Bay (a 4-year, $134,000,000 contract,
including a $57,500,000 signing bonus, $98,700,000 guaranteed, and an average
annual salary of $33,500,000) but that was four years ago. Now, with an
expected bigger contract, the investing world has changed and become a
bit more challenging. Oh my, what a problem.

So, Mr. R signs a new contract (team to be named later) and gets a huge
signing bonus and looks around. Where to invest? Hmmmmm! Stocks (all equities
actually) have been going up for 12-13 years now. Can’t throw that short down
and out pass 12-13 times because that pesky corner back will finally catch on
and grab an interception. Let’s see. Bonds? Interest rates at zero (or
negative) with Fed stimulation programs going on forever. Inflation at 9-10
percent and ten-year treasuries under 2 percent. Loser. Like throwing a pass
into double coverage. Bad odds. Well, that leaves out bonds and equities.

Well, there is a war on (Ukraine vs Russia) and inflation is picking up so
maybe commodities would work. Oh wait. They have been going up for months. The
defensive linebackers are waiting to pounce on that play. Aaron, look at real
estate. I mean a huge signing bonus would buy a nice condo in downtown Green
Bay (or probably half of Green Bay) but wouldn’t be so comfy if you are playing
in Denver. Ranch land in Montana? Yes, touchdown.

Geopolitical, socioeconomic, political uncertainty coupled with all of the
above…….hmmmm! How about an audible and invest in some bitcoin and digital
assets? Field goal at least.

So, what will all world MVP Aaron Rodgers do? Maybe the biggest audible of
all. Announce he is just tired of having 300-pound defensive tackles crush him
into a frozen turf every week or so. Do something different? Game show host?
Pro golfer? (no, seen him play?) Or….or…..Senator Rodgers? Those contract
bucks sure make a nice campaign ‘war chest.’ Hmmmm! Senator Rodgers. Take that
Tom Brady.