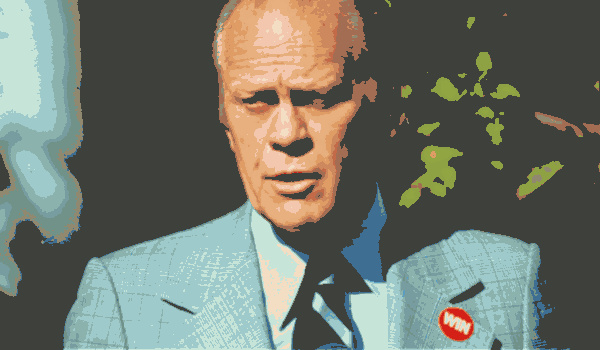 Let’s talk inflation. It’s all the RAGE (literally) and, after months and months of passive interest, inflation has finally become public enemy number one. It sure takes folks a long time to see what has been right in front of them over the past year. That’s understandable since our very own Federal Reserve and Secretary of the Treasury assured us there were no inflationary pressures brewing. Oh, but even if there were, any inflation would be “transitory” and would soon be magically gone. Well, obviously, that didn’t happen. Now what?

So how DO you fight inflation? First you just can’t put bandages on a bleeding artery. Hard (very hard) decisions must be made but, alas, most of those harsh decisions are not politically palatable. In other words, no strong political will, no beating inflation. But I digress, let’s take a look at what didn’t work, what won’t work and what did work.

Wage and price controls. Spoiler alert, they didn’t work. They won’t work. In late 1971 President Richard Nixon imposed a 90-day freeze on wages and prices in order to counter inflation during that time period. Economic distortions surfaced but, surprise, inflation not only persisted but actually got worse.

Price controls and rationing. Again, in the early 1970’s with oil shortages, Nixon placed price controls on gasoline and rationed the amount of gas a driver could buy. Even numbered license plates could buy on even numbered days and odd numbered plates could buy on odd numbered days, and sometimes you could only purchase a few gallons at a time. Gasoline prices were capped, but you could only buy so much. Well, hmmmmm, that didn’t work either.

The “we can all beat inflation together” dream. In 1974, President Gerald Ford came up with a new approach with inflation accelerating. Bright red WIN buttons. Yup, “Whip Inflation Now” buttons you could wear to show inflation who’s boss. Despite the early hoopla, the WIN campaign went on to be regarded as “one of the biggest government public relations blunders ever,” according to the Washington Post.

The “slight of hand” trick. Just tell folks inflation is good for you because it shows a strong economy. This is actually happening now and is a work in progress (kind of goes hand in hand with the inflation is transitory message). Probably won’t work either.

Print more money. Print and give more money to people so that they can pay more for goods that are more expensive. Really? No seriously, really?? Yeah, probably won’t work.

What WILL work? The hammer. Or, the Paul Volcker approach. When inflation was rampant in the late 1970s, Fed Chairman Paul Volcker made the difficult decision to raise interest rates dramatically in an attempt to reign-in inflation. It worked. Inflation got crushed. Painful, but it worked.

One sure way to “Whip Inflation Now” is to raise interest rates higher than the rate of inflation. Political suicide? Probably. Inflation can not be talked down, wished down, hoped it will go down or ignored. Doing nothing is also political suicide. Hard choices are hard to come by. Get the bandages ready.