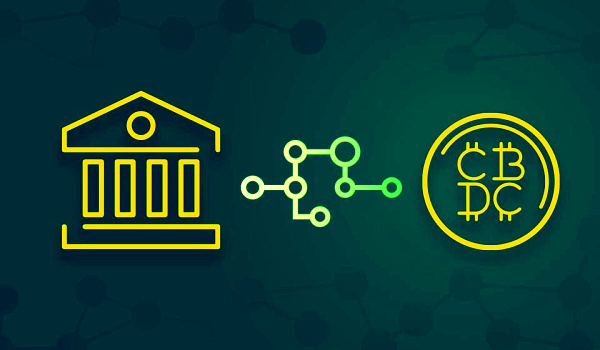 Its all the rage. Central bank digital currencies.

The Bahamas have one (the Sand Dollar of the Bahamas was the first CBDC of the world). Nigeria has one. China is working on its digital Yuan. Several other countries are in pilot phases, including Russia, Thailand, Malaysia, South Korea, the United Arab Emirates and Saudi Arabia. Concrete plans are in place to actually develop a CBDC in Canada, Australia, Brazil and India. Oh, and a digital Euro is scheduled for a test in 2023 but that is kind of like herding cats (good luck ECB). Notably absent is….you guessed it….the United States (again).

So what’s the big whoop and why the rush to be “cool?”

The main question emerging from this spate of activity is will all these CBDCs spell the end of Bitcoin? Hardly (sorry, Bitcoin deniers). The vast majority of countries embracing the adoption of a digital currency have “good” intentions which will be a plus for Bitcoin. Many of these countries went straight from cash to digital payments resulting in a massive following among the respective populations, either by app or text-based. It also allows a whole new populace, generally called “the unbanked,” to access digital assets. That very adaption opens the door to include access to Bitcoin.

Ah, but there are other countries that may (?) have “bad” intentions (I know, gasp) disguised as “good” intentions. Confused? Don’t be. Be aware. These “other” countries developing, testing or considering a CBDC can use these digital assets to control and police a population. Oh sure, there are pluses such as speeding up business transactions, depositing things like tax refunds (are there such things?), social security checks, entitlement funds, etc. etc. BUT, a CBDC could (can) be used to track a populations’ every move and target monetary policy to achieve political agendas.

Think of having a digital currency with an expiration date. If you don’t spend it by a certain date, it is erased. Or, if you don’t spend it for a specific cause or a deemed socially acceptable agenda, it is erased. Taking a driving vacation? You stop for gas in Boulder, Montana (real place) and pay in cash. No record. Pay with digital currency and various government agencies will know you bought 12 gallons of gas, a candy bar and two diet sodas. Oh wow! Or, even worse, your digital currency is all of a sudden cancelled because you didn’t properly spend on a particular social program. You’re stuck in Boulder, Montana (nice place, but….). These possibilities would be a major plus and a positive endorsement for Bitcoin.

So what’s the big whoop? A country’s good, or bad, intentions will make Bitcoin a much more attractive alternative. CBDG’s spell doom for bitcoin? Again, hardly.