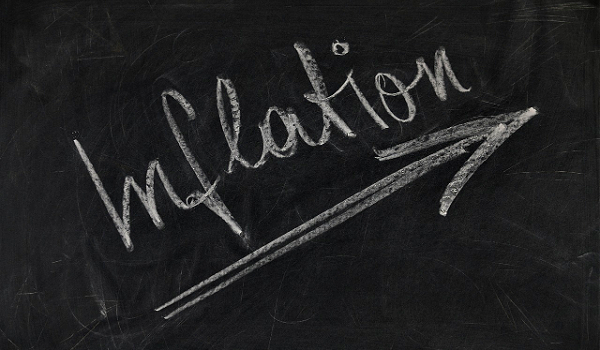 A barely whispered topic is beginning to creep into the back of people’s heads lately. Shhhhhh, don’t whisper too loudly but the word INFLATION is becoming a much discussed topic of late. Oh sure, there is no inflation and messengers who sing that song are passed off as just huffing and puffing against a brick house, right? Well, that brick house is not as solid as you may be led to believe.

Over the past decade or so inflation has been declared dead and gone. Even as the U.S. Federal Reserve and other central banks have tried their very best to increase the rate of inflation after the 2008 financial crisis with QE 1, QE 2, etc, etc the “official” rate of inflation has not come close to the wished for 2% target. Now, with the Covid 19 pandemic and countries around the world dumping money as stimulus to their economies, global central banks are pushing interest rates even lower. Crazy! What could possibly go wrong? Well, lots and lots.

In the 1970’s inflation got terribly out of hand (too many reasons to go into now) and to put the brakes on the upward price spiral, the Fed under Paul Volker raised interest rates to (gasp) 20%. But Mr. Volker also realized that a very big factor in the rise of inflation was psychological. The psychology of what something cost “today” would be higher “tomorrow” needed to be stopped. So far there is no recognition of any inflationary pressure BUT, as in the 70’s, at some point the media will catch on and the group think hysteria will begin. Media outlets (TV back then) would get a basket at the local supermarket, fill it with random products, and compare prices of the same items in the cart to what they were the week before. Media reported gas prices, clothing, etc, etc the same way. You needed to buy “today” before prices went up “tomorrow.”

So, have you been to the grocery store lately (with mask)? A box of crackers may cost the same but the box contains fewer crackers. Toothpaste? Smaller tube, same price. And the list goes on. Oh, an APPLE iPhone? Costs more but since it does more it is actually costing less?? (lol) Well, you get the picture. At some point the media will catch on and……….shhhhh! The secret is out.

It can be debated the increase in money supply, low interest rates, huge deficits, etc have not ramped up inflation (yet), BUT when social media, TV, etc begin fluttering with the rise in home prices, food, gas, etc the rush to “buy now” will hit. Think toilet paper recently (hmmm, a hedge?) Speaking of hedging, assets rule in inflationary time. Gold, land, bitcoin, wine, diamonds and……WHISKEY?  Yes, and lots of it because if inflation doesn’t appear it’s really tasty.

One last thing. The FED is doing all it can to get inflation up and global central banks want inflation up as well. Ever see the coyote and road runner cartoon when the coyote keeps jumping on the plank over the cliff. He thinks it’s safe, gets cocky and …. the plank breaks. It’s a long fall.