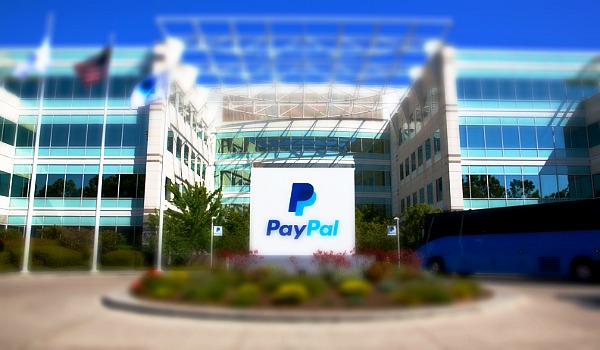 Over just the last month or so, the price of bitcoin has experienced essentially a SpaceX type blast off. Is there a specific reason (or culprit) to point a finger at for causing the digital currency/asset to jump from $12,000 to $19,000? Well yes. To some degree…. PayPal.

Over the last several months there has been a steady stream of reports that firms such as MicroStrategy, Square and others have moved to buy bitcoin to use for their cash reserves. And, with interest rates at “zero,” why not? Coupled with increased institutional buying to hedge against (you pick) U.S. election, pandemic, geopolitical, global fiscal policy, and seemingly endless other economic uncertainties, the launch pad seemed to be on countdown. A classic ‘more buyers than sellers’. Then along came PayPal.

Just one month ago, PayPal announced their 300 million active users will now be able to buy, hold and sell bitcoin and other digital assets using their PayPal accounts. Sources have reported that PayPal alone has bought roughly 70% of all newly mined Bitcoin since the payments giant started offering cryptocurrency services. Additionally, it is reported that Square (via Square’s Cash App) has also been buying newly mined bitcoin production, and the two companies account for more than 100% of all newly issued Bitcoin.

PayPal’s decision to enter the crypto market means that users will be able to use their coins at the 26 million (26 million) merchants that accept PayPal. Seems like just a few months ago, bitcoin skeptics were saying “yeah, but you can’t buy things with bitcoin.” Oh wait! It was only a few moths ago. With PayPal opening the floodgates to coin acceptance here in the U.S and globally shortly, Square will most certainly benefit.

Rest assured, all the other payment services will be following.

So, is PayPal actually creating a bitcoin shortage? Actually, large institutional buyers such as Galaxy Digital Holdings and Grayscale Bitcoin Trust had already “sucked up” a lot of the outstanding Bitcoins over the last year for investment purposes. But PayPal, being a very recognizable household name, opened the floodgates of acceptability AND retail use. Remember, Bitcoin has only 21 million coins that can ever be created and that supply will be constantly shrinking.

Economics 101: more demand, less supply. So, did PayPal do it?

Well if you have been short bitcoin you now have someone to blame for your losses.