When Jahon Jamali first learned about blockchain technology, he knew he had found something that would change the world.

“We’re now at a point where I can text someone in Nigeria and have a conversation in real time, but I can’t easily send them a buck,” said Jamali. “It makes no financial sense.  With blockchain, we are free of that. Instead of a transfer of information, we now have peer-to-peer transfer of value.”

Jamali now serves as Chief Marketing Officer for Sarson Funds, a Boston- and Indianapolis-based investment management and educational firm focused on digital assets such as cryptocurrencies. The firm was started by Jamali’s childhood friend, John Sarson, with an aim to translate the world of blockchain technology and digital assets for financial institutions and Wall Street.

Sarson brought to the firm experience in fund distribution with Lord Abbott and Guggenheim. Jamali, on the other hand, has background in both intelligence and technology

“We both found a lot of overlap in our views of the world through coming from different areas,” Jamali said. “John’s approach asked how will this paradigm shift with the birth of digital currencies and security tokens impact the institutions of Wall Street, while mine was more about how it fits into the greater narrative of the post nation-state system.”

For over 350 years, the nation-state system has been the cornerstone of Western political organization as people who shared national characteristics—such as language or culture—created geographical boundaries and sovereign governments to manage them.

Before technology, it was difficult, if not impossible, for a non-state force to gather enough numbers and momentum to challenge the sovereignty of a state.

“When you have peer-to-peer relationships, and assets are no longer defined or restrained by physical boundaries, then folks develop transnational and cross-country identities,” said Jamali. “I’m kind of already there, my dad is from Iran, my mom is a Methodist, I went to Catholic School, but I am a man.”

“We have all these ways of identifying; most of us have multiple traits that we strongly identify ourselves with,” he continued. “Now we can connect with people with other types of shared characteristics, passions or interests, and we can have constant contact with them where once they might have been difficult to find. Today, you can theoretically have a Facebook group dedicated to one of these characteristics or interests develop enough momentum to foster real things in the real world: change, progress, or some other alteration.”

Part of the goal of Sarson Funds is to explain where blockchain fits into that global narrative in a way that is not only understandable, but also can easily be passed on by advisors and financial firms to their clients.

Most likely to be disrupted by the advancement of digital currencies and blockchain technology are the banks, said Jamali.

“They have only a few key stakeholders, and the banking system is designed as a centralized system,” he said. “All of what they have in their hands is really starting to fall apart and cede ground to this connected world we’ve built, and the ultimate level of connection right now is being able to connect on value.”

Jamali said that the blockchain ecosystem could bring more than one billion previously un-bankable people, residing in countries whose currencies were significantly de-valued or ruled by isolationist or despotic regimes, into the global financial system.

Similarly, people who were never able to invest in or participate in lending now have access to microfinance opportunities on their smart phones.

“All of a sudden we have a level of inclusion that has never been seen before,” said Jamali. “Of course, it’s intimidating to people on Wall Street and in the central banking world.  They’re now the ones with everything to lose here.”

“Part of the reason cryptocurrency has been slow to take off is that it has been poorly messaged and there aren’t enough educational materials available,” said Jamali.

Crypto-curious investors are often intimidated by the jargon used by enthusiasts who lead with technical details rather than a high-level narrative.

“We need to offer use cases that make sense,” said Jamali. “A lot of crypto-folk see themselves as an avant garde and have written off the people to learn. Because this is such a big, far-reaching concept, you need to deliver use cases and an overview of the different components of digital assets, focusing on the high-level stuff without baring down into the technical details.”

Jamali is also highly attentive to the current format of most education on digital assets. Most literature is only available in electronic form, which is often insufficient for advisor’s clients, who are often at or near retirement age, if not already in retirement, and may already be apprehensive to digital asset investments.

Sarson funds has been hard-mailing educational cryptocurrency and blockchain materials in the form of paper brochures, guidelines and booklets.

“Most crypto folks would scoff at that, but I know people like to hold something in their hand and read it, like my mom,” Jamali said. “They’re more comfortable with something they can manifest out of their wallet, not something ethereal or digital, right? So, it makes a big psychological difference to give someone something to read and hold onto.”

“Advisors have a chance to shine here,” said Jamali. “They might feel like they are under attack, but it’s actually the exact opposite. They need to see beyond the technical jargon terms and the ominous tone of decentralization and be part of how we service cryptocurrencies.” 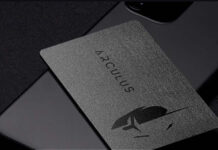 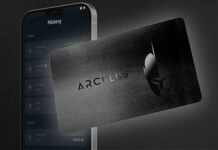 REAL CLEAR CRYPTO: A Conversation with Adam Lowe of Arculus

REAL CLEAR CRYPTO: Why Every Advisor Needs To Know Their Crypto