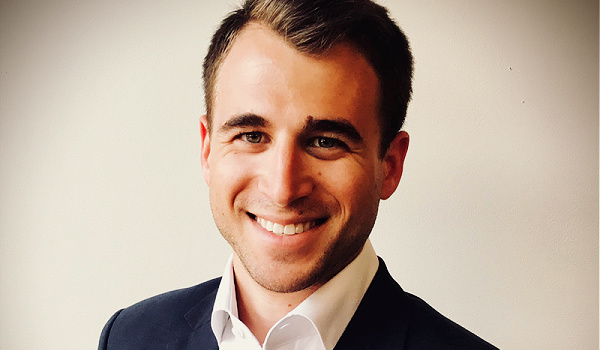 The attention of the cryptocurrency industry was pulled to Washington, D.C. in recent days, where the $1.2 trillion Infrastructure Investment and Jobs Act included a target on the market’s back. A handful of U.S. Senators introduced five amendments to the bill that the industry agrees was hastily rushed and would place a burden on market participants, mainly software developers.

The cryptocurrency community is fighting back to protect the blockchain revolution and prevent the stifling of innovation in the United States. They are supporting another set of amendments introduced by a more crypto-friendly group of Senators that seeks to protect developers, builders and miners from a heavy regulatory burden. While the cryptocurrency camps can often be divided, they came together for the greater good under the hashtag “don’t kill crypto,” which has been trending on Twitter.

Cryptocurrency investment firm Sarson Funds has LPs comprising financial advisors, family offices and high net-worth individuals who are undoubtedly watching closely to see how the regulatory framework will take shape. Blake Richman, portfolio manager at Sarson, explained how the firm’s LP base has an investment perspective that is “forward-thinking and future-oriented.” He added that investors are “tolerant of volatility, know a bit about crypto and want active management,” which is what led them to Sarson in the first place.

Lawmakers are confronting digital currency legislation at a time when institutional investors are finally beginning to dip their toes not only into the crypto waters but also into decentralized finance, or DeFi. Richman explained that over the past 12-18 months, Sarson has seen more sophisticated and conservative investors enter crypto purely as a portfolio construction mechanism. He stated,

“It’s exciting to see family offices that are pretty big looking at this space seriously. And there is so much to look at.”

For example, Richman pointed to bitcoin’s various use cases, such as:

“We are still figuring out what bitcoin is as an asset class as a whole, and that’s okay,” he noted.

In yet another use case, Bitcoin the network can also handle smart contracts, which are largely an Ethereum phenomenon. The smart contract language on Bitcoin, however, is limited, as is the amount of data that can be packed into each block. Nonetheless, there is an effort by certain providers to build DeFi services around Bitcoin, Richman said.

He went on to say that institutional investors are “surprisingly comfortable with DeFi. Bitcoin was the big hump for them to get over and into crypto.

“It’s the gateway drug to Ethereum. If you can get comfortable with owning bitcoin, Ethereum isn’t a huge departure,” said Richman.

He went on to explain how institutions are interested in asymmetric returns and yield arbitrage strategies. Venture capital shops and hedge funds alike are looking into the DeFi space. But regulation is not mature yet, so it’s not accessible to all of them.

“They don’t know if owning and operating a node is the same as supporting a payment network and you need a license. There are nuances not figured out yet from a regulatory perspective,” said Richman.

There are rumors circulating that protocols such as Aave and Uniswap will start institutional-focused know-your-customer (KYC) portals. Richman knows of a few projects that are working with institutions such as State Street and Fidelity, which are looking at the DeFi space seriously.

According to Richman, bitcoin is phenomenal at what it does: producing secure blocks every 10 minutes or so. According to him, “bitcoin is best served as a long-term savings product.” But it is not great for everything, and that’s where Ethereum steps in.

Enter Ethereum, which Sarson’s Richman describes as a growth equity risk asset through which anything is possible in terms of sandbox development. In addition, with the rise of DeFi applications, the market is starting to be analyzed on a fundamental basis for the first time. For example, with decentralized exchanges, or DEXs, you can look at a project such as Uniswap and see the type of revenue and volume it is doing, or imply a value for it.

“That’s a leap that makes sense for traditional investors. The stage is getting to that maturing of the markets. New developments in protocols that drive revenues and return cash flow to token holders can be understood through traditional valuation methodologies,” explained Richman.

Ethereum still relies on a proof-of-work (PoW) consensus algorithm by which computer nodes secure the network. This model is not fast, and it is not cheap, which is a hurdle to DeFi being used in traditional financial settings.

Richman explains that even with the rise of oracles such as Chainlink, it is still difficult to feed data to the chain faster than in 15-second intervals. As a result, he expects that there will be a number of second-layer alternative ecosystems around Ethereum, such as Polygon or Polkadot, for instance, that are more positioned toward traditional finance. He expects to see interoperability between these projects over the long term.

Ethereum is in the process of transitioning from PoW to a proof-of-stake (Pos) consensus algorithm, which is part of an upgrade known as Eth2. With PoS, Ethereum will no longer depend on computer nodes and instead will give Ether holders the opportunity to stake their tokens. But it won’t happen overnight.

“There are definite challenges to Ethereum scaling and the merger with 2.0 that should not be underestimated. But other chains will start to tie their systems of account to Ethereum’s trust layer, and that’s the value of bitcoin and Ethereum — the validation,” said Richman.