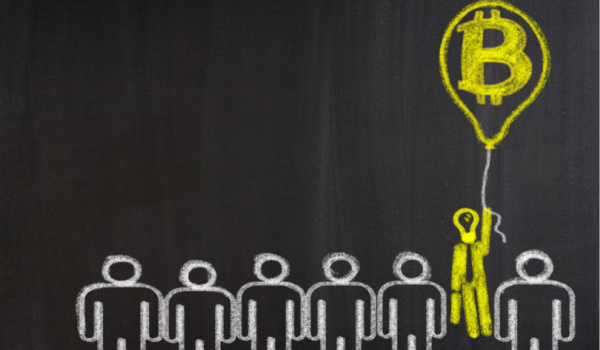 It always helps to start from the beginning when telling a story, and as the title of this post implies, my beginning was as a skeptic of crypto-space. My skepticism had its roots in my fascination with Ponzi schemes. I would read the depositions and court transcripts of people like Bernie Madoff and Scott Rothstein in amazement. The numbers were staggering. People had been tricked out of billions of dollars, most of that money vanishing into thin air, and these cases were sharing the headlines with this new thing called Bitcoin. One of the hallmarks of a Ponzi scheme is the exorbitant rate of return. When I saw early chains and currencies growing at exponential rates and providing astronomical returns on people’s investments, I was alarmed. ‘Where was this money coming from?’, ‘Was it real value?’, ‘How could this kind of growth be sustainable?’ My thoughts and feelings regarding Ponzi schemes colored how I viewed both bitcoin and the technology behind it. I looked at the blockchain space through a cynical lens and held this view for many years without trying to understand more about the underlying technology. As a result terms like blockchain, cryptocurrency and DeFi might as well have been a foreign language, all referring to a world I knew painfully little about.

Fast-forward to 2021 when a conversation with a long time friend who had recently begun working for a company in DeFi started to change my perspective. He laughed at me when I mentioned the term Ponzi scheme and was surprised at my reservations. I might have slightly offended him when I associated his new profession with a financial scam, but I’m glad I did because as a result of this misunderstanding, he took a genuine interest in making sure to both educate and provide direction for my own research until I understood both the current blockchain landscape and what the technology could mean for the future.

My first step was to sort out all of those foreign words that I didn’t fully comprehend – the first of them was blockchain. Once I was able to separate the underlying technology from all of the talk of cryptocurrency and NFT’s was a game changer. Understanding that a seemingly simple concept like a digital ledger system had the potential to change the way we conduct much of the business in our everyday lives was my first genuine leap in this learning process. I had always heard was that blockchain ledgers couldn’t be altered and were therefore ultra-secure, but realizing why (the decentralized nature of the chain itself and the fact that any altered block would literally no longer fit into the chain) made me think about the sheer volume of transactions that would benefit from this concept. Real estate transactions, vehicle sales, basically anytime we transact anything that is both unique and valuable can be conducted through a blockchain, not because it’s the new way to do it, but because it’s a better way to do it.

Once I understood why this technology had real value, it was time to explore what had already been built using blockchain. My starting point was going to be the first thing I had heard associated with the blockchain, cryptocurrency.The hardest mental hurdle for me when researching the crypto-space was that prior to this, anytime I heard of the value of a cryptocurrency being discussed it was always in terms of a fiat currency. Some of my initial questions were ‘Where is that money coming from?’ or ‘How can this non-tangible item have so much tangible value?’ The real questions I should have been asking were ‘Why does the USD have any value if we can just print an endless supply?’ or ‘What gives something value in the first place?’. The answer to the question about what gives something value helped to wipe away the last of my skepticism.  Value exists because two or more people agree that something has value.

Regardless of my own acceptance of it, enough individuals and companies agreed that cryptocurrencies have value and a critical mass of sorts had been reached. Just as the world accepted that the USD had value, the world now believed that cryptocurrencies had the same value if not more. A financial system where the rules are laid out up front and built into the underlying technology, rather than at the whim of elected or appointed government officials has a lot of appeal in a world where so many examples of government ineptitude and abuse of power exist.

My next point of exploration was NFT’s. I have spent much of my adult life as a professional musician, and as such the concepts of intellectual property and digital rights management were nothing new to me. I immediately recognized the potential of the blockchain for recording these transactions and allowing for verification of ownership, a problem that had been almost impossible to solve in the digital arena. What I didn’t immediately recognize was the power of NFT’s and blockchain to change the gaming industry. Rather than playing a game and earning some form of worthless points, play-to-earn games allow a player to earn in the coin of the chain upon which the game is built from anywhere with internet access. The potential for the unbanked to enter the financial markets through this evolution of the technology blew me away.

People generally resist two things: the first is change and the second is what they don’t understand. For a long time this confluence of technology, finance, and record keeping was something I didn’t understand and it made me weary. The understanding I have gained over the past few months, even though it is basic, allowed me to not only understand why the current landscape of this industry has real value and benefit to the world, but to see the possibilities for the future. Whether it be tokenizing our real estate to make the transfer process easier and eliminate the need for title searches, or allowing artists to fund their work through the release of NFT’s and provide the holders with an actual equity stake in the finished product, we have entered into a time where we no longer have to simply pass back and forth government created wealth but instead we can create our own. I’m not sure anyone can say exactly what that holds for our future but I have truly come around to the position that blockchain technology will be an essential and exciting part of it. 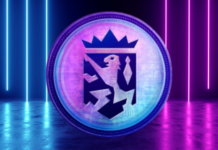 REAL CLEAR CRYPTO: Why 2022 May Be The Year The Good Guys Win The Data War 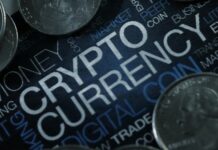 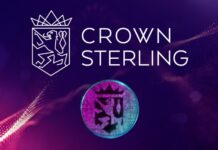