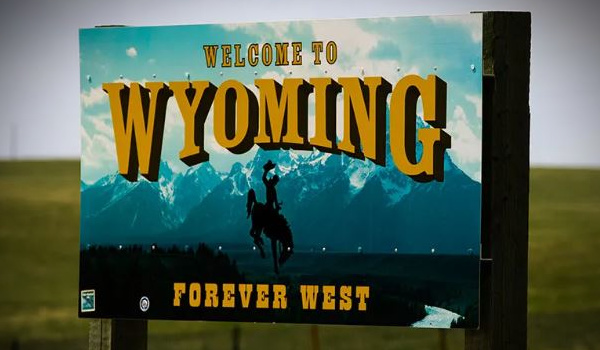 Where is the U.S. capital of digital assets?

In particular, Wyoming could be home to a growing subset of digital asset applications known as distributed autonomous organizations, or DAOs, because of its crypto-friendly laws.

“DAOs are the new big thing and could be the theme of 2022 as far as crypto is concerned,” said Sarson. “Companies that are offering what is currently a centralized service, like web domain registration, could be decentralized into DAOs. This is one example of how cryptocurrency is creating a censor-proof internet and economy.”

DAOs and Wyoming mix in part because the state took early steps to clarify its crypto laws, and unlike other early-mover states, Wyoming took a mostly hands-off, permissive approach to regulating digital assets.

DAOs are corporation-like entities with no central ownership or management. Instead, they are governed by a community of token-holders who can vote on proposals for changing the way the DAO operates.

“DAOs are important because they have their own rules and have the ability to change rules based solely on what the community wants, but nobody is technically in charge of that community,” said Sarson. “You can’t shut them down the way you can shut down a centralized project.”

Taking Sarson’s domain registry example, a regulator or law enforcement agency could ask that a web domain be shut down. Currently, domain registries are centralized companies, which means that law enforcement has a person, at an address, to contact to make that request. A decentralized organization, on the other hand has no single leader or address.

“The SEC might require a decentralized finance (DeFi) plarform to shut down for a particular reason. If that platform is governed by a centralized organization like a corporation and the authorities want to shut it down, they will,” said Sarson. “That’s why the Canadian truckers had their crypto accounts frozen. Most of them had accounts with centralized crypto exchanges which legally had to comply. If those exchanged had been controlled by a DAO, there would not have been a governing body that could have been reached easily.”

But DAOs have a number of potential applications, said Sarson, including the governance of social media platforms. Currently, activists and government entities can easily have individuals or groups “cancelled” from such platforms.

“Twitter banned (President Donald) Trump, and it also banned news organizations for so-called fake news about Hunter Biden’s laptop that we now know wasn’t really fake news,” said Sarson. “They got banned, easily, from a centralized company known as Twitter. Had Twitter been run by a DAO, no one person or controlling entity would have had that power. It would have been a lot more difficult to ban them.”

Blockchain developers are taking notice, said Sarson, and many are planning to bring their projects to market within a DAO concept instead of allowing the project to continue to be run by developers.

The governance DAO would control all the rules for a crypto platform or protocol, Sarson said, so the platform can’t be easily dismantled or censored since the DAO token holders are geographically distributed and unknown.

Like any entity, a DAO’s membership could eventually become centralized, for example, if one person or entity bought more than 50% of the available governance tokens.

“In general, a decentralized ownership schedule creates platforms that are somewhat outside the reach of regulatory agencies and legislative bodies,” said Sarson.

Eventually, some sort of regulatory oversight of DAOs may be developed, Sarson said, like requiring such organizations to have some mechanism for handling subpoenas and other law enforcement requests. A DAO might have to be recognized as its own type of legal entity that needs its own rules and processes.

Augur, a blockchain-oriented prediction platform, has already encountered regulatory issues pushing it towards the DAO structure. Augur was intended as  a platform where anyone could bet on any prediction, but it ran into trouble when people were predicting assassinations and deaths. Developers wanted to keep the platform as open and free as possible but feared liability should someone use the platform to inspire violence or crime.

As a result, Augur’s developers divested themselves of the private keys to the platform and allowed it to be community controlled like a DAO.

“Now they can’t come back to Augur’s developers and tell them to close down certain contracts the way they pushed Twitter to shut down the Twitter accounts for the Proud Boys,” said Sarson. “The makers of Augur no longer have access to the core code, they don’t have the power to stop any activity on the platform—and once a platform is fully community controlled, individuals no longer have liability for what happens on that platform.”

While regulators are trying to catch up with the innovation of DAOs, Wyoming’s crypto-friendly legal structures have created a preferred location for DAOs to incorporate.

“If real-world assets want to become tokenized assets, there has to be a legal structure somewhere to translate that ownership, and that’s currently happening in Wyoming,” said Sarson. “Back to the domain name example, if I wanted to tokenize the ownership of a domain, I could create a legal structure in Wyoming that says this digital asset that used to be a URL is now represented by 10 million tokens.”

Then those tokens can go out to the wild and potentially 10 million individual owners, all empowered with a part of the decision-making ability for that domain but holding none of the liability for bad actions across that domain.

If a subpoena were to be sent, it might go to the DAO’s registered address in Wyoming, but the owners of the entity governed by the DAO have no connection to that address.

“Advisors have to evaluate the risks of any project, but projects that have DAOs are less risky because there is a layer of protection between the token-holder and the regulator,” said Sarson. “It’s a good thing for financial advisors.”

REAL CLEAR CRYPTO: When It Comes To Managing Crypto For Clients, Advisors Might Want To Trust The Pros