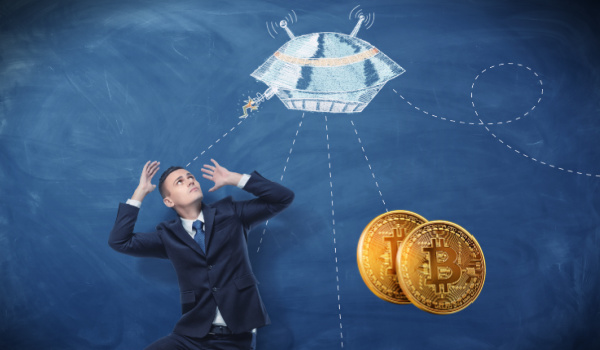 So how do you explain things that are seemingly UN-explainable?

Logically every event that takes place (or is taking place) has a reasonable explanation for why it is, or was, taking place. But it seems that over the past several years nothing is logical anymore. Certainly, the financial markets are loaded with unexplained and illogical movements, reactions and, at times, lack of reason. While media outlets and untold numbers of “experts” will claim to have an explanation for everything (hello Jim Cramer), all these explanations are really just theories. To be sure, a theory is NOT an explanation.

Let’s take a quick look at some UN-explainable (at least to me) global events and reactions that defy explanation. How about a war between Russia and Ukraine with threats of nuclear warfare spreading? Global equity markets should be collapsing, right? Explain that. Inflation. It continues to rage; wages are scrambling to keep up. The FED did not expect inflation to be a problem (transitory) but now assures financial markets they can manage it. People believe them? Explain that? The COVD-19 pandemic is over? Not over? Will return? Can the ramifications be fully explained? No, just theories.

There is certainly no lack of explanations, projections and theories being bantered about in the media focused on the traditional financial markets on where equities, interest rates, housing, inflation, etc. may go. (for “expert” answers on these and sports, infectious diseases, space exploration, etc. – just ask Jim Cramer). But nobody seems to have any thoughts or theories on why Bitcoin is stalled around $40,000 and interest is waning. That deserves an explanation. Or, an “UN-explanation.”

Its a theory, but its my theory, and since nobody else has brought it up, I thought I would. And NO, its not tax related. (if you haven’t taken care of your crypto tax by now…….watch for the registered letter coming soon). So, I believe there is a huge arbitrage play going on in Bitcoin. Over the last month or so there seems to be a new aggressive initiative by Grayscale to force/encourage/demand the SEC allow the Grayscale Bitcoin Trust to convert to an ETF. That even includes suing the SEC according to Michael Sonnenshein, CEO of Grayscale. Why the recent push? Well, the Grayscale Bitcoin Trust trades at a 25%-30% discount to spot Bitcoin. Why? Because investors don’t actually own Bitcoin but rather shares in a regulated trust company. To be really simple, there is a whole lot of “stuff” that makes up that discount.

So, if the SEC were to allow a spot ETF other than Grayscale’s it would be plausible to assume that a huge chunk of the GBTC’s investors (and $25B+ AUM) would move to the regulated spot ETF. BUT, if the GBTC were to be allowed to convert to an ETF that 25%-30% discount would immediately be erased and the core Bitcoin holdings would be priced at spot. So, the arbitrage is shorting spot Bitcoin against the GBTC holding. SEC approves Grayscale’s spot ETF and…..just like that, a nice fairly risk-less return. The consistent shorting of spot Bitcoin may explain the heavy overhang holding the price of Bitcoin down. Again, NOT an explanation but a theory.

As for all the other financial markets and how they are behaving? I am beginning to think that William Shatner’s (Capt. Kirk….Star Trek) television show on the History Channel (The Unexplained) has the best explanation for everything. Aliens are doing it. That may not be a theory but a real explanation.