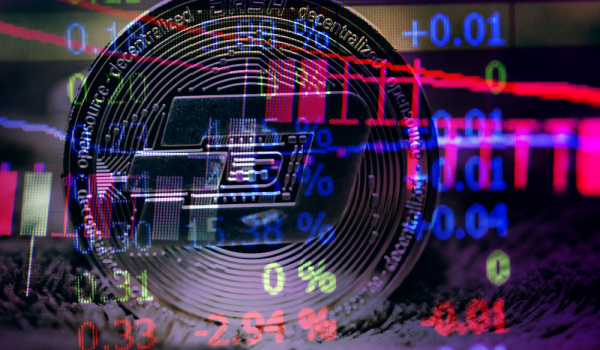 Over the past 11 years, blockchain technology and cryptocurrencies have proliferated, moving from a fringe technology and financial movement to a major current in the mainstream.

One is left to ask: What does the future of this financial technology look like?

To answer that question, we first need to understand how major global actors are approaching the cryptocurrency space, said Jahon Jamali, CMO and co-founder of Sarson Funds, a crypto education provider and asset manager for wealth managers.

Different global actors are taking different approaches towards understanding, adopting and embracing crypto, said Sarson. Among major global actors, there is a “mad scramble” to grasp the crypto universe and leverage it for their own benefit.

This scramble has led to a variety of approaches among first-, second- and third-world powers. Russia and China, for example, see crypto as a way to circumvent the dollar, said Sarson, and are building their own stockpiles of bitcoin.

Russia has enabled some state-run commercial actors, like the Russian Institute for Internet Research, to participate in cryptocurrencies. The Institute, said Jamali, is really a think-tank associated with a  bogus university that is really a front for the GRU, the Russian military intelligence agency.

“The institute is behind a lot of information about bitcoin because the Russians like to weaponize information,” he said. “There is a meme of the devil arm-wrestling Jesus, that is their work. They also have deployed criminal hackers to utilize crypto as a means of transferring money via ransomware. Basically, they are testing its utility for their purposes.”

China, on  the other hand, has banned bitcoin 18 different times since 2014, said Sarson, yet owns the second largest bitcoin stockpile in the world.

The contradiction, which Jamali says causes “confusion” among the Chinese population, coincides with efforts to roll out the digital yuan.

“In effect, they’re hedging their bets,” said Jamali. “They know that the digital asset movement is for real and that it is the future, so they are hedging the bitcoin bet with the roll out of their own digital yuan,” which will be a centralized currency that provides the Chinese Communist Party real-time knowledge of individual transactions. “The Party will be able to reward or punish people by adding or removing currency from their wallets.”

The Party will also be able to restrict what people buy on an individual level, said Jamali, thus deploying blockchain-based currency as a tool of control.

In Western countries, stakeholders believe “the traditional markets in which they hold equity are being threatened,” said Jamali. Thus, they slow the regulatory process down. Congress still doesn’t understand how bitcoin or blockchain work, so they aren’t rushing to address them.

“The crypto section of the recently passed infrastructure legislation demonstrates this fact,” said Jamali. “When people in Congress write provisions that set forth how decentralized exchanges are to report transactions, it indicates they lack any understanding that there is no realistic capability to do that.”

At the same time, agencies like the Federal Reserve and the Treasury are working to develop their own digital dollar, which would offer the government the ability to put money into people’s pockets during an economic downturn and even put requirements on how those dollars can be spent.

Unfortunately, a digital dollar would also create some of the same concerns about surveillance and control that have recently surfaced in China, said Sarson.

“It will also create a temptation to create more dollars digitally, which would stoke inflationary fires,” he said. “It will, in fact, increase the efficiency of how dollars can be distributed.”

Take the Covid-19 stimulus as an example—payments were wired into the bank accounts of some, while others received paper checks sometimes months after the money was appropriated, said Jamali. “Democrats see this as a tool to deliver government aid quicker. Republicans see it as a way to reduce layers of bureaucracy.”

The emerging world can be divided roughly into two camps. In Latin America, bitcoin is seen as a savings mechanism that their large unbanked population can use.

El-Salvador is the first major Latin American experiment in digital assets, where the government has recognized bitcoin as legal tender. Other countries including Paraguay and Panama, are considering adopting the bitcoin standard.

Africa, on the other hand, see bitcoin as potential stability after a history of uncontrollable inflation. Cryptocurrencies are also allowing many Africans to send money internationally and domestically in an efficient manner for the first time.

India has decided to ban the use of bitcoin and many other cryptocurrencies as legal tender. Crypto trading will not be banned, but instead regulated similarly to stocks.

“In the global race, people need to understand Bitcoin is more than a thing. You can’t ban it or try to put any clampdown on it,” said Jamali. “The question in China and India is who is going to want it, because if people want it, they are going to get it. The infrastructure can move to the US or elsewhere, but anyone can still use a VPN. You can’t kill an idea. And this is what it’s become now: it’s alive. It’s not going away.”

A State-Led Approach to Regulation

For Jamali’s part, he advocates a bottom-up approach to regulating digital assets in lieu of a national top-down approach.

Such an approach would meet the moment, as China’s crackdown on bitcoin mining has driven many major firms to states like Texas and Wyoming, where energy companies saw the merit in monetizing otherwise  unused energy.