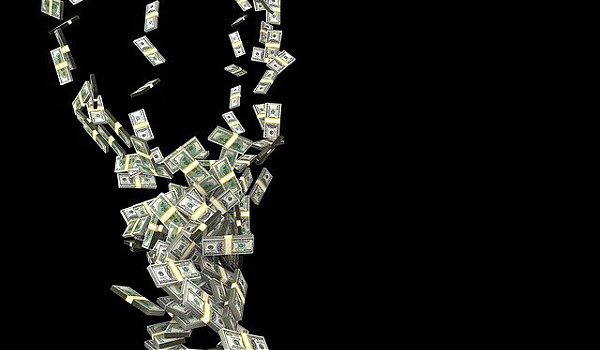 Well, not really a surprise. The biggest surprise is that this latest financial crisis has taken so long to unfold. After years (yes, years) of global central banks manipulating financial markets with zero (or negative) interest rates, unlimited QE (quantitative easing) policies and selective asset purchases, it appears the party has ended. The REAL surprise is that this crisis has been self-induced. Yup, global central banks overdid it. Now the “blame game” has started but the financial ramifications are real…..right here, right now.

So is this really a financial crisis? Well, its a developing one for sure. The real ramifications of past policies are yet to be felt. Global central banks have been doing everything (and more) to stimulate their economies and get inflation UP to the “magical” 2% level. Yay, they did it. Oh crap, they did it. Yeah, they REALLY did it. Any time there is a concentrated effort to artificially inflate markets (even if in good conscience) there will be consequences. Those consequences usually become crises.

Let’s check some previous financial shakeouts. A real quick sidetrack first. Back in the late 1970’s when inflation was getting a bit out of control, the world’s richest man (at that time), Nelson Bunker Hunt and his brothers, attempted to corner the silver market. They bought, and took delivery, of over one third of all the silver in the world not held by governments. Silver hit $50 in January 1980 (up from $6.00) a year earlier. The price then collapsed causing gold and all other commodity futures to plunge as well. Then all other financial markets dropped in sympathy. (Note: little remembered fact, the Hunts claimed they were hedging against inflation and, indeed, had accumulated massive soybean positions years earlier to “hedge”) Sound familiar?

Beginning in the mid 2000’s it seemed like a great idea to create a policy that everybody should own a home. Build wealth. Have ownership. Create stability. Loosen lending policies, create snazzy new ways to finance homes and, bingo, economic growth. You make $7.50 an hour, 40 hours a week and yeah, sure, you can get that $5M home. Oh….not. A global financial collapse ensues. BUT, global central banks all came to the rescue providing “whatever is needed” to prevent a total collapse. Ah, starting to feel the central banker’s power?

Knowing that the Fed (actually all governments) would be there to prevent downturns (the “Fed put”), the party was on. Central bankers found new power. They could control (a/k/a manipulate) financial markets. Financial markets around the world rocketed up fueled by “free” money. Just like the Hunt brothers, the central bankers inflated markets. Pandemic? No matter, economies were primed with money to avoid downturns. Until now.

So, the newest sector (crypto) collapses. The “old” sector (bonds) collapse with interest rates exploding higher. Equity markets are wiping out pension plans, retirement accounts, individual investors and, coming to a home near you, real estate (yeah, that too). The latest crisis has begun.

But (yawn) financial crises come and go. There have been plenty before and there will be more in the future. It’s a “cleansing” process. In this case there is a whole lot of cleansing to do.