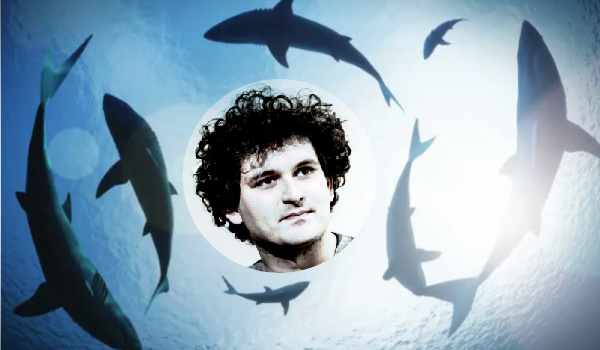 It seems like just last month or so, several crypto brokerage/lending firms, as well as a huge hedge fund, failed and filed (or will file) for bankruptcy. Oh wait. It was just last month. Investors and traders had their accounts frozen and were unable to access whatever cash might be left. But almost immediately some very BIG names leading unaffected and profitable firms stepped in to “rescue” the failing firms. OR, seize the opportunity to acquire, consolidate and grow rapidly and cheaply.

So, since it’s summer and Shark Week on Discovery Channel, let’s “tag” the sharks circling in the crypto waters. And their prey. Right now the biggest shark (a huge Great White) has to be Sam Bankman-Fried (SBF), founder and CEO of FTX, a cryptocurrency exchange. SBF is actually circling two firms (prey) to “rescue” and acquire. First is Voyager Digital which filed for bankruptcy earlier this month wiping out investors (it was public in Canada) and freezing client assets. SBF and his firms were investors in Voyager, a large debtor to Voyager and a provider of capital to the firm. Yeah, it’s complicated but let’s keep it simple.

Over the weekend FTX offered to buy the assets of Voyager and give customers instant liquidity to a big portion of their funds. Like I said, i’ts more complicated and more complex than that,

BUT simply, from a recent FTX press release: “FTX offered Voyager a deal that would purchase all of Voyager’s crypto assets and loans—excluding loans to the bankrupt crypto hedge fund Three Arrows Capital—and use them to provide instant liquidity to customers affected by the bankruptcy. Per the buyout proposal, Voyager customers would be able to open FTX accounts and withdraw their share of the remaining assets in cash while retaining their rights and claims in the proceedings. According to FTX, this would give Voyager customers a chance to immediately receive some liquidity and opt out of a bankruptcy proceeding that could drag on for years and expose them to risks”.

Voyager’s lawyers called this a “low-ball bid dressed up as a white knight rescue.” Remember, lawyers get paid by the hour and this Voyager bankruptcy certainly looks like (ka-ching) lots of billable hours. The PERFECT response? SBF noted that only the bankruptcy lawyers would benefit from dragging out the proceedings, while the customers would “get fucked.” (Note to VD: You are bankrupt, FTX is not. That’s reality.)

Keeping Great White shark Sam Bankman-Fried (again, SBF) busy, FTX also signed a deal giving it the option to buy crypto lending company BlockFi. That deal gives FTX the ability to buy BlockFi at a maximum price of $240 million BUT could be as low as $25M. FTX has provided BlockFi with a $400M credit line as well. That is a great deal keeping in mind BlockFi had been valued at $4.8B not long ago. The “Great White” is one brilliant shark.

But there are also other sharp sharks circling weaker prey. Crypto lender Nexo is also a potential acquirer of ailing crypto firms. Nexo Co-Founders Antoni Trenchev and Kosta Kantchev (two sharks for one) have characterized themselves as consolidators in the crypto lending space. Nexo has an offer ‘on the table’ to acquire the assets from Celsius as well as giving a term sheet earlier this month to buy Vauld. Vauld, backed by Peter Thiel and Coinbase Ventures, filed for the equivalency of bankruptcy in Singapore earlier this month. Hope those two sharks move fast before the “Great White” sniffs Vauld blood in the water.

And Goldman Sachs as a minnow? Swimming with sharks is “hard” so Goldman is the minnow in the ocean since GS is only trying to raise capital and serve as a broker that would also seek to acquire the assets of Celsius.

Consolidation in the crypto sector is well under way after the bloodbath bitcoin, ethereum and other cryptos have experienced. SBF sure smells blood in the water and is circling the wounded prey. Voyager’s lawyers say he is no “white knight” and they are right. He’s a Great White Shark. And unlike the “paid by the hour” legal guys, SBF is actually helping customers………and making some great deals.

The folks on Shark Tank should take notes.