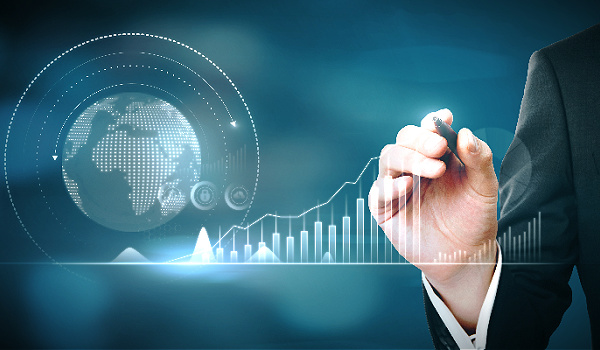 With so many firms announcing earnings guidance, and end-of-year results, the digital wealth space has seen more than its fair share of ups and downs.

The US SEC continued to push its case against Ripple Labs, citing differences between personal and official positions.

Diebold Nixdorf got a fresh lease of financing worth $400 million, and Rocket Mortgage launched a new product to enable housing affordability across six major US cities.

Here’s your week in digital wealth.

Choreo and Cherry Bekaert Advisory LLC will also pull talent and other resources together to take advantage of the numerous opportunities within the sector.

Michael noted that the firm is working to introduce several use cases and solutions for enterprise users in several areas, including cybersecurity, and e-commerce.

US SEC
In its ongoing case against Ripple Labs, the SEC filed a motion to seal the regulators’ internal communications that mention former Director, Division of Corporate Finance, Bill Hinman’s 2018 position regarding Bitcoin (BTC) and Ethereum (ETH) as not being securities.

The SEC’s lawyers’ position is based on the fact that the former executives’ statements do not reflect the SEC’s official position.

The partnership will take off in the first quarter of 2023.

The partnership will enable customers to access higher yields and other solutions.

Morgan Money’s customers can view transaction details from inside Trovata and take advantage of the platform’s tools to make spot decisions, including liquidity assessments and more.

The firm successfully raised $400 million in fresh funds with the completion of its exchange offer and consent solicitation regarding its outstanding 8.500% Senior Notes due in 2024. Diebold also completed the exchange offer and consent solicitation of its outstanding 9.375% Senior Secured Notes due in 2025, plus its Diebold Nixdorf Dutch Holding B.V.’s 9.000% Senior Secured Notes due 2025.

GrandSouth shareholders will get 0.91 of First Bancorp common stock for one share of GrandSouth common and preferred stock.

Based on the Fund’s distribution plan, shareholders were paid $0.1050 per share to shareholders on record as of the close of business on December 15, 2022.

PGZ announced this per an order given by the US SEC.

Rocket Mortgage
Rocket Mortgage launched “Purchase Plus”, a credit program that enables financially disadvantaged communities to own homes. Purchase Plus allows up to $7,500 in credits for first-time mortgage owners. The product is aimed at enabling ownership within population segments in Detroit, Baltimore, Atlanta, Memphis, Philadelphia, and Chicago.

Eligible homeowners can get starting credit of $5,000 plus an additional 1% of lender credit based on the home’s purchase price with a $2,500 limit.

OceanPoint offers a wide range of products and services, including property and casualty solutions, including corporate and personal employee benefits.