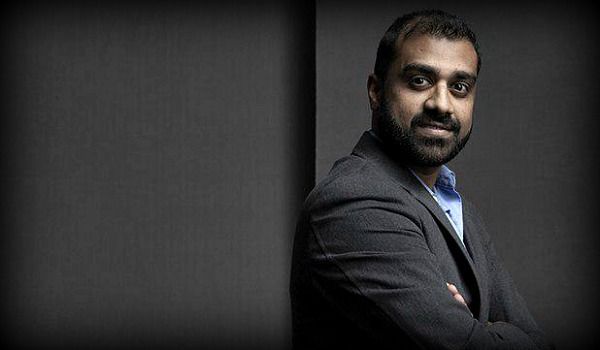 Digital Wealth News is pleased to bring you our “Fintech Luminaries” series – featuring thought leaders within the blockchain and digital currency space.  For the next feature in this series, we’d like you to meet Syed Hussain of Liquidity Digital, an end-to-end platform that allows issuers to create and manage digital securities which are fully transparent, offer unique post-issuance flexibility, increase accessibility and efficiency, and are regulatory compliant.

How did you personally get involved in blockchain?

I initially came in to this as a skeptic of Bitcoin. I was hearing all the hype surrounding it and thought to myself, “What is this nonsense? I’m someone deeply entrenched in emerging tech and capital markets, so if there is anyone who is going to expose this for the fraud that it is, it will certainly be me!”. But rather than hear anyone’s opinion on it, I decided to go straight to the source to formulate my own, and ended up reading Satoshi’s whitepaper. What was supposed to be a quick 15 minute read turned into a 2.5 hour analysis, and I was completely blown away by the implications of this technology called blockchain. Immediately after this, all I could think about was the impact of this technology on the future and thus began a new chapter in my career.

Liquidity Digital is building an ecosystem for the creation of new digital assets by introducing ways to allocate capital to traditionally underserved areas of financial markets. We are providing a practical application of distributed ledger technology for the capital markets. Our end-to-end platform allows issuers to create and manage digital securities that are transparent, offer unique post-issuance flexibility, increase accessibility and efficiency, and are fully regulatory compliant. We are connecting quality issuers with global capital in an efficient and fully regulatory compliant manner.

What is your role within the firm and what do you do there on any given day?

I am the co-founder and CEO, and my primary role is to listen, empower, and execute. We are in a nascent industry where you have to be constantly on your toes, so I surround myself with people who are far smarter than I am and listen carefully to what they are saying. Then I formulate a strategy and clear the path for them to be able to execute. My day generally begins at 5AM and revolves around taking meetings. The vast majority of them are either on the phone, on a video call, or in some sort of face-to-face meeting either with our team, clients, partners, or investors, and this goes on at least until midnight. The ever increasing pace of technological change combined with all the regulatory concerns that come with a relatively new industry forces us to continually pivot and adjust our tactics while remaining focused on executing on our revenue first strategy. Fortunately, I’m surrounded by a rockstar team so they make my job a lot easier (and a hell of a lot more fun) than one may think.

What areas of blockchain do you believe will grow the most in the coming 5 years?

5 years in this space is an eternity. There is so much change that is happening that no one can accurately predict where things will be so I generally look at a 3 year time horizon for this space (and even that is a stretch). It takes a lot more time and effort for the foundational components of any technology to be laid and this is followed by regulatory clarity and finally, by institutional adoption leading to mass acceptance. Thus far, a lot of the foundational components for blockchain have been laid and we are now beginning to see the regulatory authorities take an open and honest look at the implications of this technology on global markets. What will help provide more clarity for both regulators as well as institutional markets is going to be actual business applications of this technology that bring about value for them. What I am already beginning to see happening now and predict will only increase in the near future are more applications of this technology that are able to generate revenue and profit, versus those that simply provide an exercise in technological or academic experimentation (which has been the case thus far). Naturally I think that one of those successful applications of blockchain will be in the financial services industry and companies like ours are already beginning to pave the way for this. This is a trend that will only continue to grow over the next 3 years as more competition starts to hit the market.

Blockchain for Business. Because if you can inherently solve for the issue of trust and incentivization algorithmically and automate the process of what should happen as agreed and understood by multiple parties, you are now able to disintermediate across the board and bring in a much more economical and efficient way to transact. This will open up a new way of conducting business at a global scale like never before.

The blockchain industry faces the same problems that almost every disruptive industry faces in the beginning stages. Initially people don’t understand the mechanics around the technology. However, they also don’t want to be left out so they buy into the hype without educating themselves. This paves the way for bad actors and outright fraudsters to step in to take advantage of the greed factor of humans and they begin to ruin the image of the industry by using it as a platform to perpetuate fraud. At the same time, the majority of those who actually do understand the technology and are the early pioneers of it, are coming in from a pure technology perspective and generally tend to lack the business skills to be able to effectively monetize on it, thereby preventing the “smart money” from coming in. This leads to more negative publicity for the overall sector and delays the adoption of the technology on a global scale.

This negative publicity has already proven to be the biggest obstacle for adoption as the world now distrusts the industry and looks for clarity from the regulatory agencies as opposed to the industry participants themselves. What is required to get around this is for the industry to partner up with the regulators to help educate them on separating out the hype from the reality and to help them understand the real-world impact of this. You would be amazed to see how much confusion exists out there about the blockchain industry. Fortunately though, we are now beginning to see key players emerge in the industry that are stepping up and actually educating organizations on the economic value of blockchain. This to me will be the catalyst for smart money that seeks investment returns and requires solid business plans, to finally start flowing into this industry.

Syed S. Hussain is a highly innovative seasoned technologist, business leader, and serial entrepreneur. Over his 20 year career, he has gained a diverse set of experiences working across a number of different industries, while also launching multiple ventures throughout the process, the first of which was during his senior year in high school.

Syed is the co-founder and CEO of Liquidity Digital, a blockchain based fintech firm that is building an end-to-end investment banking ecosystem for the digital economy. 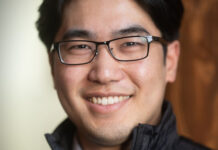 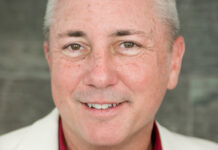 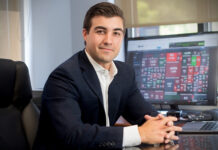