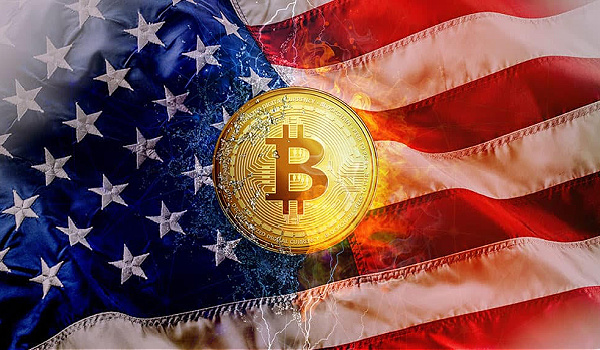 The various intersecting regulatory regimes across the U.S. have often been regarded as an area of scrutiny for the financial industry, if not a nearly insurmountable burden to conducting business as efficiently and profitably as possible.

“Those regulations might be an advantage for the U.S. in the areas of cryptocurrencies and blockchain development,” said Jahon Jamali, Chief Marketing Officer and Co-Founder of crypto asset manager and learning resource Sarson Funds, “but only if policymakers can seize the opportunity that is now present.”

“The talk of regulation has been increasing globally, and this offers the U.S. a great opportunity to take the lead in providing a clear regulatory framework for the industry to operate on,” Jamali said. “I think there’s still a lot of work to be done, and we haven’t yet captured that opportunity as best we can.”

Jamali’s comments come as Celsius Network, a crypto banking, mining, and lending hub, announced that it would move from the U.K. to the U.S. due to regulatory uncertainty hinging around the British Financial Conduct Authority’s anti-money laundering (AML) rules.

Those strict regulations may create an exodus of cryptocurrency firms from the U.K., said Jamali, but it’s not just the U.K. that is shaking up the geography of the blockchain world.

“We’re seeing two things play out in the world,” he said. “Some states are taking a very harsh reactionary approach, such as China, who may have their own motivations for why they are cracking down. It’s different in the U.K. The U.K. hasn’t figured out what to do with this which is causing firms who have their own proprietary technology to leave.”

In China, the government is cracking down on cryptocurrency mining as it asserts its own digital currency and centralized monetary control. Its crackdown has included requests to banks and payment firms to shut down accounts associated with individuals involved in cryptocurrency trading.

Keep in mind that China was estimated to account for 65% of Bitcoin’s hashrate in an April 2020 study by the University of Cambridge. The Chinese crackdown culminated in a major drawdown in the value of cryptocurrencies such as Bitcoin and Ethereum.

“There has also been a sudden shift in influence in the crypto world towards other energy-rich, secure and financially permissive areas of the globe, including parts of the U.S.,” said Jamali. “What miners and other blockchain companies seek is regulatory clarity.”

“There are a variety of different Chinese firms that have started to think about relocating to Texas, and there are even others in Canada looking to relocate,” he said. “Texas has a lot of cheap energy and light regulatory framework with a government that has traditionally had a pro-business orientation.”

New York is another energy rich state, with growing hydro- and wind-power resources and modern financial regulations, which is attracting blockchain and cryptocurrency companies on the move. “Celsius, one of the biggest players in cryptocurrencies, will be moving their operations full-blown into New York.”

Jamali likened the geographic shift to voice-over-internet-protocol (VoIP), an internet-borne standard for telephony. The concept, which eliminated the need for long-distance telephony, was born in the mid-70s as part of a U.S. defense project. Throughout the 80s and 90s, limited commercial applications were developed, including computer-to-computer or computer-to-phone calling and teleconferencing. In the early 2000s, it was used to power the first well-known video calling application, Skype.

But it wasn’t until 2004 that regulators in the U.S. finally stepped in and declared VoIP an information service instead of a phone service, taking regulations out of states’ hands and easing the scrutiny and taxation surrounding the technology—it was no longer treated as a public utility.

In 2020, when coronavirus caused a sudden shift to remote work, it was VoIP’s virtual omnipresence that allowed businesses to adapt, said Jamali.

“I can see something similar playing out here,” said Jamali. “There are a number of U.S. states trying to tackle the issue of crypto regulation. Hopefully, that means we’ll get to the point where the federal government steps in to provide some consistency between states.”

Jamali argues that cryptocurrencies and the companies that work with them belong in the U.S. Not only is U.S. a leading global energy producer, it is also home to a lot of the world’s financial and technological innovation.

“We have to own the leadership mantle for crypto clarity, to provide the world a framework to operate across,” said Jamali. “I can think of nowhere else in the world that it can thrive better than here. If New York doesn’t lead, it will create another vacuum and someone will have to step up.”

Crypto companies are arming themselves by hiring ex-regulators, prosecutors and compliance experts, said Jamali, in preparation for a battle over federal cryptocurrency regulations.

But the government is currently falling short, he said.

“We need more regulation at the top to provide this framework and not to just look at it from an anti-crime perspective,” he said. “We need more clarity, and I don’t see that coming from the Biden White House.”

Congress is too uninformed on the topic to be of much help, according to Jamali.

Some in Congress, like Massachusetts Senator Elizabeth Warren and California Congressman Brad Sherman are openly hostile to the concept of cryptocurrencies, said Jamali, but most suffer from a lack of education and instead “latch onto soundbites.”

“They’ve had a handful of hearings that haven’t really gone anywhere,” said Jamali. “In the meantime, digital firms have been vehement in asking for more regulatory clarity. It can’t just come from the SEC. Lawmakers have to understand this better.

“There’s nothing more American to me than the concept of cryptocurrency, it’s like digital apple pie. Dictators hate it because it provides financial solutions for the previously excluded. It is the ultimate financial expression of individuality and freedom. There’s nowhere else in the world that should be the leader in cryptocurrency. Our window is here, and I don’t want to see it close.”