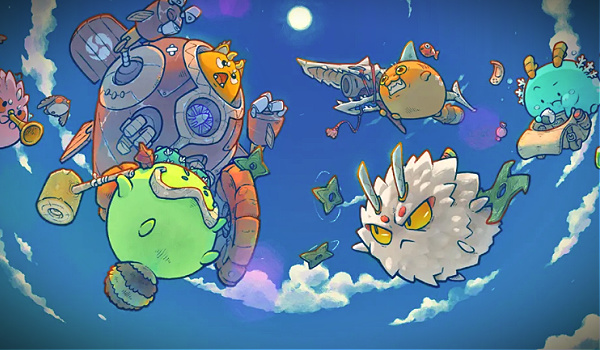 The popularity of titles such as Axie Infinity is providing the framework for how players can play and receive real life monetary value from their in-game avatars.  With a little refinement in game play and design in order to drive further interest from the community, NFTs and play-to-earn products introduce a whole new dynamic to the gaming industry in which gameplay can also provide monetary value.  In order to stay engaged, however while a game may appear to be simple and in effect, boring, informing yourself about gameplay can enhance your experience.

I started my exploration into Axie Infinity, “a digital pet universe where players battle, raise, and trade fantasy creatures called Axies” in mid-August by jumping in head first with little to no research about the game.  All I knew was that I needed 3 Axies and once acquired, I was ready to go.

My first challenge was to figure out why I was having difficulties progressing in the game, despite months of reaching higher and higher levels. Even though I owned high level Axies, the game lost purpose for me and my interest dwindled.

I decided to put all three of my Axies up for sale in the marketplace and as investments go, I decided to do some research through watching multiple videos, connecting through the discord community, and reading countless articles to gain an understanding of the pets: their stats, abilities, and class. The system ended up being more complex than I originally anticipated.

My first two successful Axie sales provided me with enough WETH to purchase two new Axies and my interest in the game was once again piqued.

Each Axie has strengths and weaknesses against other pets.  Damage is calculated by the card class’s attack move compared to the defender’s Axie class and it’s just as vital to know your enemy’s strengths and weaknesses as it is your own. For example, a plant card will deal 15% more damage against a bird, while a bird card will deal 15% less damage to a plant.

Armed with this new knowledge, I decided to purchase two plants and one beast, all pure bred. Pure bred Axies possess six out of six possible body parts within that class.

Most field teams will consist of 1 defender (to protect and heal) and 2 attackers (deals the heavier damage on enemy). I first tried Adventure mode and after reaching level three, I decided to try out an arena match. I managed to outwit and defeat my opponent, first try, with one Axie still standing. There is still a lot of learning, but with the new team I’ve built and knowledge gained, I have more confidence in my little Axies and have already seen an insane amount of progress.

A few ways to make a profit in Axie Infinity

Axie Infinity is a tough playing ground and is not to be taken lightly. People are playing to win because everyone is playing to earn.  In order to succeed, players will need to do research and you cannot buy your way to the top. Persistence is key!