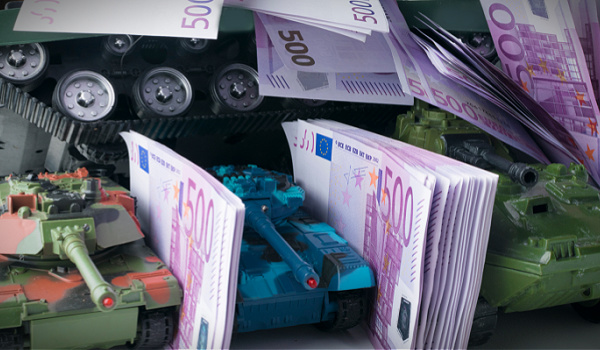 A lot has happened over the past week in the crypto world, not the least of which were congressional hearings where the founders and leaders of digital assets assured legislators that cryptocurrencies were not being used to help Russian actors evade financial sanctions.

But that testimony was missing one key word, according to John Sarson, CEO and co-founder of Sarson Funds, a crypto asset manager and education provider for wealth managers.

“The answer they gave was that ‘we’re not seeing evidence of that,’ and what they left off was ‘yet.’ They should have said ‘we’re not seeing any of that yet,’” Sarson said, pointing out that Russia already appears to be paving the way to using digital tokens to repatriate assets held abroad.

That means that people will be able to use cryptocurrency to send assets held in foreign bank accounts into Russia’s banking system while it is sealed off from the rest of the world due to international sanctions. Bitcoin’s attributes allow regulators to see the money in motion and also allows them to know where it was sent from and to, but they won’t be able to do anything about it.

Why Crooks Still Use Crypto

“The whole world will know that money is being repatriated into Russia in cryptocurrency, but since crypto is an unstoppable payment method, there’s not much they can do about it,” said Sarson. “That’s the reason ransomware people demand payment in bitcoin. It’s unstoppable. You can know that it was sent and where it was sent to, but you can’t undo it. The crooks know that they’ll get their money.”

But the move to allow Sberbank to do business in crypto has other implications. Sarson remarked that individuals in Russia will now be able to convert to and hold cryptocurrencies as the country experiences a currency crisis, which enables them to stabilize their wealth.

Allowing Sberbank to do business in crypto will also help families and companies severed by the conflict. Many of these entities, forced off of fiat currencies by the decline of the Russian Ruble and international sanctions, will be reluctant to return to state-sponsored currency, said Sarson, and may decide to only convert their crypto assets back if it’s needed to make a car payment, for example.

The flight to crypto has the potential to cause a further, even more calamitous collapse in the Russian currency, said Sarson.

“My takeaway is this, Russia has people who aren’t able to move their money back to Russian banks on the regular financial rails. By licensing Sberbank to do bitcoin transactions they’re creating a system that can use alternate crypto rails,” said Sarson. “They’re anticipating the long-term nature of the sanctions and creating the railway to bring their money back to Russia from an account in a foreign bank.”

Sarson emphasizes that mechanisms to get around international financial sanctions are not yet in place—so the Congressional witnesses were not being untruthful when they said it is not currently happening, but he believes that eventually the world could see a wide-scale avoidance of financial sanctions through the use of digital assets.

The congressional hearings just happened a little prematurely, said Sarson, as the infrastructure is just now being established to get around sanctions.

“The problem with sanctions is that the entirety of the population ends up feeling the impacts,” said Sarson. “I feel as if it is a blunt policy tool that does not take into consideration the innocent people it hurts. The people who suffer the most are just working people who aren’t doing anything but trying to live.” Sarson goes on to say that he doesn’t believe that sanctions have been proven effective throughout history.  “People rely more and more on their own government for many things. There just hasn’t been a great track record from sanctions on citizens.”

“Most people in cryptocurrency believe that constitutionally endowed rights to civil liberties includes the ability to do financial transactions,” said Sarson.

Sarson points to the recent “Freedom Convoy” trucker protests in Canada. At one point in the protest, the Canadian government attempted to freeze the bank accounts of truckers involved in anti-Covid mandate protests.

“You can’t freeze the bank accounts or crypto accounts of people for holding a political view,” said Sarson. “When you freeze transactions, people can’t go to protests. All the civil liberties kind of fall away. Constitutional rights require having the ability to transact in order to be fully realized. Because of that, cryptocurrency is very much against freezing transactions.”

“Maybe sanctions never were an effective way to wage war—against anyone,” said Sarson. “Maybe there is a better way.”

Ukraine Proves Other Use Cases, Too

“Russia is putting rails into place to allow people to repatriate their money with crypto, but that’s what crypto was made for,” said Sarson. “Sometimes that will work to the advantage of our adversaries, but other times it will help freedom fighters. You have to take the good with the bad.”

With the donation of cryptocurrency to Ukrainian causes, people for the first time are able to see their donations make a tremendous difference in real time, said Sarson. Ukrainian generals have said that up to 40% of their suppliers are now accepting crypto directly.

Ukraine has also passed legislation recently to legalize cryptocurrencies because they are getting a tremendous benefit out of it, said Sarson. When they are unable to pay for supplies and materials directly in crypto, they can sell the assets for cash and pay cash.

“Russia and Ukraine are working to kind of institutionalize or legalize cryptocurrency for different reasons and in different ways, but the benefits to Ukraine are even more apparent right now,” said Sarson. “There’s very little either side can do to prevent the other from benefitting from crypto. Thus far most approaches have been to freeze accounts that are registered in Russia, and crypto exchanges have to comply with this, but this plays into the debate between using hosted and non-hosted wallets. The piece that is being missed is that this kind of sanction can only stop hosted wallets on the exchange which is not the normal way people do crypto. Most people want to keep some or all of their assets in an un-hosted wallet.”