Davos is a seasonal ski village about a mile from one end to the other. Tucked into a valley in the Swiss Alps, it is a 2-hour drive or 3-hour train ride from Zurich airport. An antique church with a stone spire orients visitors walking her groomed hiking trails or on the winding streets of her downtown. Residential buildings are stacked on the hills lining each side of the town with commercial buildings lining the main streets. The downtown features an upper and lower main street each about a mile in length, the upper is nearly devoted to the highest bidding pop-up-store of the season, and at this moment, crypto and other technology companies have taken that role.

In Davos’ 20+ year history of hosting the World Economic Forum (WEF), the town has clearly benefited from the permanent installations built by international banks and large technology companies. With most new buildings bringing a refreshing modern tone to the bomb-shelter/concrete trend that reminds visitors in Davos of Europe’s war riddled history and Switzerland’s precarious location between feuding factions.

Despite attracting the world’s financial elite for a few weeks every year, the town is far from fancy.  The dominate method of travel is by foot (or by bicycle if you are a local). Our hotel, Zentrum Haus, a repurposed ski lodge with shared bathrooms, was centrally located and was “only” charging $1000/night during the forum. We learned that, at the conclusion of the WEF, the lodge would be made available for the poor and infirmed of Swiss cities as a place to come for clean air and rejuvenation. The staff at the lodge was lovely, their hospitality endless with free chocolate and cheese to remind all that we were indeed in Switzerland. Broadly speaking, the hospitality of the entire village was exceptional and felt quite genuine. The locals were clearly happy to see the WEF in town after what had been a COVID-caused cancelation in 2021 and a COVID-caused delay in 2022.

About 50% of the buildings on the main street of the village had been taken over by companies eager to showcase their brand on Davos’ international stage.  Tech companies like Google, Microsoft, Facebook and Salesforce were well represented with permanent structures while newer tech companies rented and renovated venues for the event. Circle, Stellar, Ripple, Polkadot, Polygon, the Global Blockchain Business Council, and Casper Labs (our host who sponsored the “Blockchain Hub”) competed with numerous smaller crypto projects and vied for the attention of the ample media and VC investor contingent that roamed the promenade looking for the right energy with which to mingle. As could be expected, the Psychedelic House, a forum dedicated to plant-based medicine was both well-funded and well attended. In Davos, the more altruistic the mission of a community, the more energy surrounded the project.

We spent the majority of our time at the “Blockchain Hub”, a centrally located art gallery converted into an NFT art gallery which also hosted presentations by blockchain developers and thought leaders from all over the world. The venue lived up to Casper COO Cliff Sarkin’s vision of being a place where blockchain and cryptocurrency-based projects could meet and interact. Like most venues, the Blockchain Hub offered open seating, scheduled presentations and networking along with catered appetizers and free wine and beer.

The three days of open programming featured teams from IBM, India’s tech-hub province Bangalore, representatives Amazon Web Services and other tech leaders who told the standing room only crowds about their envisioned future virtual and augmented realities that will one day become normal.

Amazon went on record stating that their “customers are demanding the security and the durability of public blockchains like Casper” which was a nice nod to our host, and, on the same day, IBM’s blockchain team demonstrated an atomic swap between a private network running on Hyper Ledger Fabric (IBM’s business blockchain solution, the largest in the world) and Casper’s public blockchain. For those not indoctrinated into the world of Atomic Swaps, think of them as institutional grade escrow protocols that enables ultra-secure high value blockchain-based transactions.

The programing was diverse and populated by true experts. Gavin Wood, the co-founder of Ethereum was in attendance talking about his Ethereum replacement project, Polkadot, as was the founding team of hotly debated stablecoin Tether (USDT) and many crypto influencers and founders. It was a place where inventors and scientists took center stage and CEOs sat and listened.

The “official” WEF meetings took place in one part of the village, in a large building with an attached large hotel. Those of “TradFi” (Traditional Finance) that did venture beyond the 24/7 security provided by WEF could easily be identified. Official women wore high heeled shoes and carried Prada purses, official men wore grey business suits and tightly tied neck ties. All were welcomed as respected guests into whichever blockchain-oriented debate they wandered, but few were confused for subject matter experts.

After three short days, the third of which was punctuated with the privilege of hosting a well-attended presentation on the current state of the crypto markets, the event was over and it was time to head home. Reflecting on the week as I sat upon the first leg of a three-part return trip to Indianapolis, Indiana, it was not all too surprising to find that the lasting memories from the trip would be the new relationship that were established and the conversations that we shared. Unknowingly debating the health of stablecoins DAI and USDT with Tether cofounder Reid Collins will always make me smile, as will the encouragement I received for Sarson Funds’ educational mission by the internet’s original community builder, Lou Kerner. I deem the event a massive success for our host Casper Labs as the Casper executive team under the leadership of Mrinal Manohar and Medha Parlikar successfully shared their vision that everyone deserves enterprise grade blockchain solutions and that Casper stands ready to deliver.

We made it back to Houston, Boston and Indianapolis COVID negative and without missing a single flight (this time) which was a small miracle in and of itself. Some of the people at the conference spoke about it being their 20th time to Davos – which I thought amazing at the time – but now I can understand why for a few days every year it makes sense to get as far away from everyone else as you possibly can and go and talk to other people that you don’t know but that see the world in its future potential. It was a great way to learn about the future, and each other.

It was enjoyable, exhilarating and exhausting. The hike we took on the third day remind me of the beauty of Switzerland and of Davos and provided the perfect backdrop from which to envision a more harmonious future for humankind. Will the future be modeled after India’s smart cities and built on high-speed, energy-efficient blockchains like Casper as some conference attendees suggested? We can only hope so. 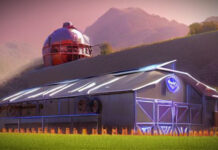